I was dusting my laminated diplomas a few days ago and was reminded that neither my bachelor’s degree nor my PhD has a major listed on it.  In both cases, the field was economics; I never missed having the major area listed but I also would not have minded having the field listed on both. Colleges and universities have no one size fits all policy for the listing of majors.  Some list a major or majors, others don’t, and some list additional badges of student accomplishment while others believe that a diploma should not resemble a transcript. Having the major or specialization on their degree matters enormously for some students.  Engineers and physician’s assistants are two examples where having the field on the degree makes a difference.  And I understand this completely.  A number of my doctors now make extensive use of physician assistants and nurse practitioners in their practice.  Since these individuals are not doctors, it is comforting to see their degrees hanging on the wall and note that they have the expertise regarding their backgrounds that puts peoples’ minds at ease.  I also understand the position, especially on the undergraduate level, of those who would prefer not to have a major listed.  Higher education and being an educated person is so much more than a subject area, while listing a major on the diploma suggests a narrow rather than a broad educational experience.  On the graduate level, where the education is typically more narrowly focused, the more general degree designation such as Master of Arts or Master of Science, could benefit from the specificity of a major, while for degrees such as the MBA this is less necessary. How should a university handle a situation where a significant number of students and faculty would prefer that no major was listed yet others want majors, minors, concentrations, area studies and sometimes more included?  Does there need to be a decision that keeps one option but does not provide the other option?  I’m from the provide choice, “whenever possible” school of thought, but within reasonable limits.  For example, I would favor giving students the choice of listing or not listing a major.  I would certainly also list double majors if requested and, in those rare cases, triple majors.  However, I don’t see the justification for listing minors, extra concentrations, or other more micro aspects.  I also would not build in the opportunity to change your mind.  Making the “major” decision is a one-time opportunity. Transcripts clearly provide extra detail if more information is needed.  On the graduate level, I think that having the major listed should be the default position, since there is clearly more specialization from day one.  But if a student felt that he or she wanted just the degree designation, I would defer. This question of what appears on a degree is not in any way a matter of academic rigor or integrity.  It is more a matter of how you chose to present yourself.  And in this area, we can certainly grant discretion. 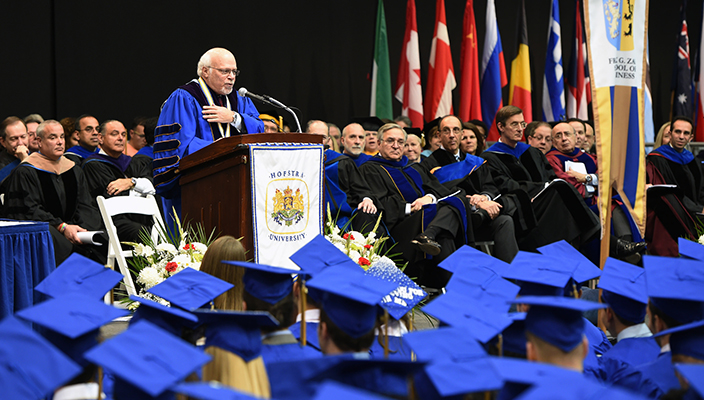