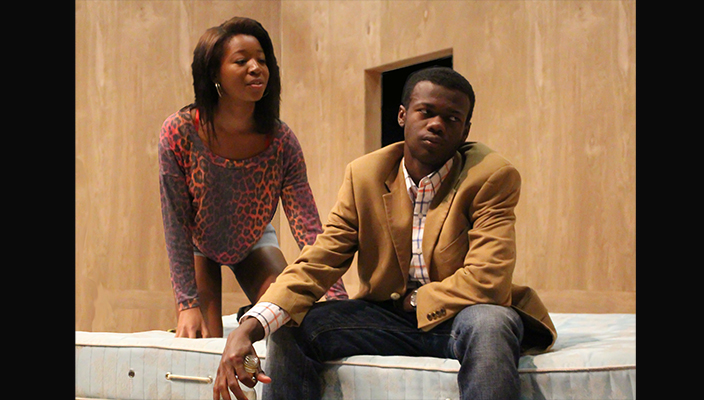 Thursday through Sunday, October 9-12, are the final days to see Stephen Adly Guirgis’ play The Motherf**ker with the Hat at the Black Box Theater in the New Academic Building. This fast-moving, foulmouthed comedy-drama about the moral dilemmas caused by misplaced love and fidelity in the modern world is directed by Hofstra Department of Drama and Dance Professor Royston Coppenger. (BFA Drama major Sheila Springer talks about performing in the play in the video above.)

Tickets are  $10, $8 for senior citizens (over 65) or matriculated non-Hofstra student with ID. Members of the Hofstra community may receive up to two free tickets upon presentation of a HofstraCard. They are available for purchase at the John Cranford Adams Box Office at (516) 463-6644, Monday through Friday, 11:15 a.m.-3:45 p.m. Tickets may also be purchased at the Black Box Theater, starting 90 minutes before each performance.

Issues in Judaism Highlights the Jewish Experience in the Far East
January 2015 Session: Earn Up to Four Credits in Three Weeks