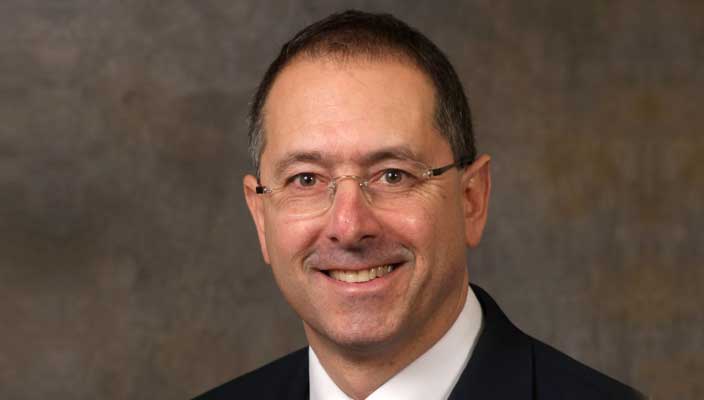 The Hofstra community is mourning the loss of former Dean of Students Pete Libman, who died on Saturday after a long battle with pancreatic cancer. He was 51.

Libman, an outgoing, approachable administrator who rarely missed a campus event, was Dean of Students for more than seven years, beginning in May 2007. He left the University last summer to focus full-time on his health. He also became a tireless advocate for pancreatic cancer research, lobbying Congress with the Pancreatic Cancer Network and leading a team called “Pete’s Pride” that raised more than $15,000 for the 2013 Lustgarten Pancreatic Cancer Walk at Jones Beach.

Just last week, Libman was gearing up for this year’s Lustgarten Walk, rallying friends and family to support the “Pete’s Pride” team by participating in the Oct. 12 event, or donating to the cause.

A funeral service will be held Wednesday October 1, 2014 at 12:00 p.m. at the Star of David Memorial Chapel, 1236 Wellwood Ave., West Babylon. A campus celebration of his life and legacy will be held November 1, 2014. Details about this event will be shared in the coming weeks.

As Dean of Students, Libman was among the most visible administrators at Hofstra, responsible for programs and services that cover the breadth of campus life including new student orientation and residential programs, multicultural and international student services, commuting student affairs, student leadership activities and recreation and intramural sports.

Libman came to Hofstra from the School of American Ballet, where he held a senior students affair position. He also served in student affairs roles at Columbia University, Barnard College and Clemson University, where he earned a master’s degree in education. He also earned an advanced certification in educational administration from Baruch College.

But his greatest skill, according to students and staff, was not easily reduced to a line on his resume.

“The biggest thing about Pete? He listened,” wrote Emily Miethner ’10, in a blog post memorializing Libman called What it’s Like to be Heard.

“He was a great voice for students,” Miethner wrote. “He came to the plays I was in and directed, approved the fundraisers I planned, clarified reasons for seemingly idiotic rules and wrote me recommendations for awards and jobs…And here’s the thing: I know he did this and so much more for tons of students.”

As Libman told the Hofstra Chronicle in an interview shortly after he became Dean of Students: “I want to be a friendly face around Hofstra. That’s what I’m all about.”

Libman is survived by his wife, Evelin, four children, Miguel, Vanessa, Milena and Jayden, his parents, his sister, brother-in-law and nephew.

In lieu of flowers, the Libman family requests donations be made to the following organizations: