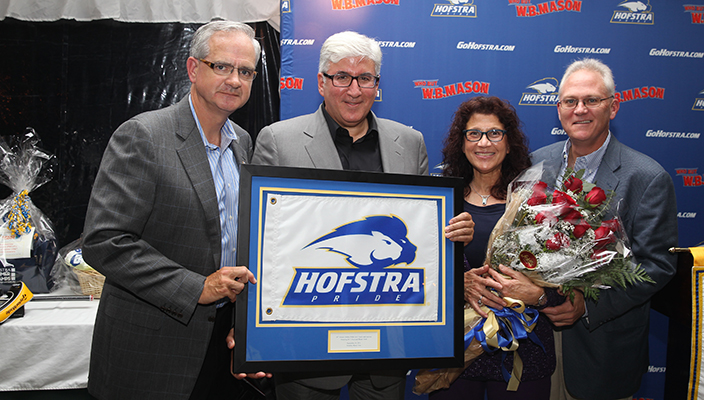 The event, which was held at the Meadow Brook Club in Jericho, New York, honored Drs. Arno and Mindy Fried for their outstanding generosity and continued support of the University.

“The Hofstra Pride Golf Classic and Auction is always one of the highlights of the year and a great event that helps to support the hard work of our student-athletes,” Hofstra Vice President and Director of Athletics Jeffrey A. Hathaway said. “We are excited to honor Drs. Arno and Mindy Fried along with Bob Bernstein for all the support they’ve provided to Hofstra University and its athletic programs.”

Closest to the Pin #9:
PJ Bjorneby

Closest to the Pin #16:
Dave Howard