Good morning.  I am Herman Berliner, Hofstra’s Provost and Senior Vice President for Academic Affairs, and I am pleased to add my welcome to Hofstra.  For the last few weeks, I have been thinking about what my message should be when today happens and I have the opportunity to talk with you about your Hofstra experience and your future.  But before we talk about your experience and your future, let’s move quickly into the distant future – and imagine that human civilization has almost been destroyed in part by a serious virus.

If you have seen Dawn of the Planet of the Apes, you will know that the movie takes place in California after a viral epidemic has caused the end of civilization as we know it.  The viral infection becomes the starting point of the movie.  Is the virus, ALZ-113 related to an Ebola epidemic?  Could an Ebola epidemic in part lead to a collapse of our civilization and what would happen then?  If not Ebola, could that happen because of a MRSA epidemic?

In Dawn of the Planet of the Apes, a chance meeting between humans and apes leads to a nervous human shooting a young ape.  Don’t ask me about the age of this young ape, named Ash, or the age of any ape.  I’m not that good at guessing the age of humans and I am even more limited in assessing an ape’s age.  And trust me, I certainly wouldn’t ask.

The plot unfolds as the leader of the apes, Caesar, and his ape associates tells the humans, led by Malcolm, to stay in their territory and the apes will stay in theirs.  Caesar, the ape who supplies continuity in these movies, is smart and somewhat articulate – though not much of a talker – and he is clearly peace loving and nonviolent.  He wants apes to be different from humans in that he believes that apes should never kill other apes, and he wants his followers to behave in the same way.  Malcolm appreciates the apes and would likely have ape friends if times were different.

When the humans need to fix a major hydroelectric power generator in ape territory, the two groups meet again.  At the same time, Koba, an ape who doesn’t trust humans, goes to San Francisco, the enclave of humans, and proceeds to kill two humans.  He then returns home, shoots Caesar, and blames this on a human.  Koba is clearly a bad ape.  As you would expect the scene is set for a major confrontation between humans and apes.  Following the confrontation which takes place in San Francisco, Koba is dead as are many apes and humans.  Caesar fortunately has recovered and once again is in charge, and he and Malcolm, as the movie ends, know that though there is presently a lull, humans will soon go after the apes because of the large scale violent ape initiated attack on humans.  Expect a sequel within two years.

Let’s go back to the world of our reality.  I don’t come with a crystal ball but there are similarities.  Ebola is an increasing presence and so is MRSA; violence and terrorism are prevalent in too many parts of our planet, as are poverty, illiteracy and intolerance.  We are, fortunately, not threatened by apes.

Two apes suddenly appeared in the audience and shouted:

“You’re wrong!  Be careful, and watch your back!”

It is our civilization, the humans who inhabit our planet, that are the source of the most serious threats we confront.

I don’t believe the future will really be as gloomy as this scenario and I’m not here to convince you to see the movie but I do want you to think about the future—both your future and the future of our planet and humanity itself.

Let’s start by talking about being at a university, either as a student or as a faculty member, staff member, or administrator.  Universities are great places to be and Hofstra is a particularly great university.  I’m an economist by training; quoting a friend of mine, “an economist is someone who would have been an accountant but didn’t have the personality.”  Please think about that.  Meanwhile, in addition to being an economist, I’m also interested in politics, education, the environment, a little bit of basketball, cars and theater.  I have been to almost every Broadway musical so I know from first-hand experience that when our students put on a production of Bat Boy: The Musical this fall it will certainly be professional quality.  Please go to see it.  Overall, no matter what your interests are, the range and quality of what we offer on campus translates into outstanding experiences.  You can major in pre-med; you can major in economics; you can major in education; or in history or in 140 other choices, but you can actually do so much more.  Think about taking a course in another area outside your major, take a minor, pursue a dual major—go to events on campus or volunteer through our Center for Civic Engagement.  Attend a lecture from our Kalikow Center for the Study of the American Presidency.  Listen to a Pulitzer Prize winner as part of our Great Writers Great Readings series.  Participate in our fall festival.  In the past, we have had Jimmy Fallon and Aziz Ansari as headliners for the fall festival comedy show and had performances by Ke$ha, Cobra Starship, Taking Back Sunday, Big Sean and Snoop Dogg as well as Rick Ross, Sugar Ray and Bon Journey.   This year’s performers will be Janelle Monae, Matt and Kim, TLC, and ’80s cover band Rubix Kube.  I don’t know who these groups or performers are (other than Ke$ha and Jimmy Fallon) but I may be the only provost who’s taken his younger daughter to a One Direction concert and his older daughter to the Jonas Brothers and Miley Cyrus.  In all cases my hearing did come back within 48 hours.  Getting back to what we offer:  Make use of our fitness center, attend an athletic event, swim in our pool.  I’m a regular in the pool but I claim no resemblance to Michael Phelps or any Olympic athlete.  Actually, in sports I’m more like Mike Wazowski from Monsters University. We have so many things happening that no one is able to go to everything that happens on a 24/7 university campus. Don’t overdo it, but do take advantage of what we offer.  Many of my interests developed when I was a college student.  Take a chance.  Try something new even if it isn’t in your comfort zone.  Open your mind.  You won’t regret it and it can help you secure a successful future.

Let’s go back to Dawn of the Planet of the Apes for a moment. If I were alive at that time, I would likely be living in San Francisco in the same dire situation.  There is still time to avoid such a scenario but the responsibility will rest with you and your contemporaries to confront the issues that my generation has not and is not fully confronting.  Issues that must be confronted if the earth is to become a better place to live rather than the habitat of a human civilization moving toward extinction.  We can clearly do so much better than a world ravaged by disease and conflict almost to the point of extinction.

Your Hofstra education will help you deal with those problems and confront the issues that must be resolved.

One more immediate issue that all universities are dealing with is how to best promote, protect and uphold academic integrity.  To that end, we have an Honor Code which all of us are asked to sign.  I am steadfast in my commitment to the Honor Code.  Let me be very clear.

Plagiarism and other forms of cheating do not represent your quest for knowledge.  Instead, plagiarism is simply cheating and constitutes presenting someone else’s work as your own.

One of my favorite stories regarding academic dishonesty features two students in a history course who emailed a faculty member a few hours after an exam was given in class indicating they had a flat tire on the way to campus, and therefore could not take the exam at that time.  The faculty member asked them both to come in to take a make-up, placed each of them in a separate room, and gave them their make-up exams.  First question on each of their multiple choice exams was “The location of the tire that went flat was a) driver’s side front, b) driver’s side rear, c) passenger side front; d) passenger side rear.”  The results of the exam and the rest of this story really are history: each student came up with a different answer to that question.

As diverse as we are, we must all unite in stating it is simply unacceptable to cheat.  Respect for integrity is inextricably interwoven and essential to your success as a Hofstra student.  So is respect for diversity.  We are a diverse population at Hofstra but we are also a microcosm of the planet.

Our university celebrates and encourages diversity.  As indicated in our Diversity Mission Statement:

The University believes that institutions of learning have a responsibility to provide and sustain multiple cultures, to encourage scholarship and knowledge production incorporating multiple perspectives and to demonstrate commitment to fair and equal access to higher education.

Diversity includes the recognition and incorporation of a multiplicity of voices and perspectives in thought and action, in policy and practice, in all spheres of the academic enterprise.  It involves recognizing the value of “difference” and the inclusion of members of groups that experience discrimination or under representations.

Join with us in embracing diversity.

Above all, view your education as an opportunity, as a way of enhancing and fast- forwarding your future success and as a time to enjoy.

Give it your best shot.  We will be your partners.

I look forward to seeing you on campus.  And please stay in touch.  Welcome again to Hofstra University, Class of 2018. Thanks and continued success. 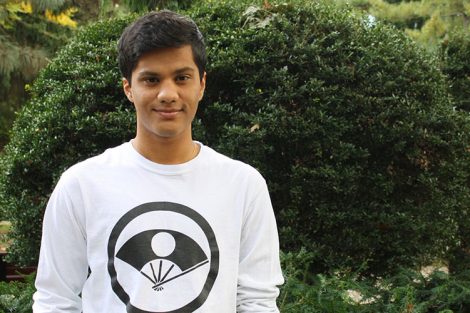 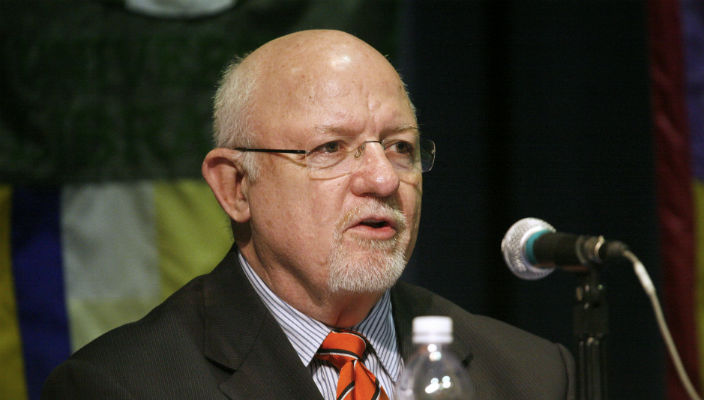 Edward Rollins on the President’s State of the Union address