Hofstra University has announced that mother/daughter duo Harriet Serota ’64 and Hillary Needle ’89 are the recipients of the Marjorie and James M. Shuart Alumni Family Award, and Joseph Heaney ’53 will be honored with the Alan Plotz Lifetime Service Recognition Award at this year’s Fall Festival during the Vibe Live concert on Saturday, September 20. These awards recognize alumni who have shown outstanding dedication and service to Hofstra University.

The Alumni Family Award, named for Hofstra President Emeritus James M. Shuart ’53 and his wife, Marjorie ’60, honors a family where two or more members have been active alumni, donors and volunteers in their service to Hofstra. 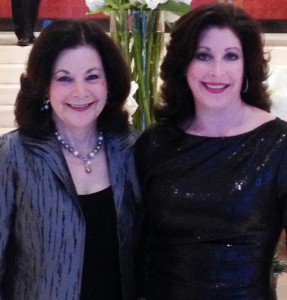 Her professional experience includes serving as the director of development for the American Heart Association and then as an executive vice president for at a prominent event planning corporation. In 2009 Ms. Needle created Hillary Needle Events Inc., and in 2013 she was named one of the “Top 50 Most Influential Women in Business” by Long Island Business News. 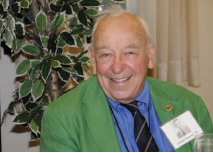 The Alan Plotz Lifetime Service Recognition Award honors a Hofstra graduate whose ongoing involvement in University activities spans 25 years or more. Joseph Heaney has far surpassed that time frame. In addition to chairing his class reunion, he sits on the Sternfeld Scholarship committee, which recommends students for legacy scholarships and participates in CAN (the Career Alumni Network) and HART (the Hofstra Alumni Recruitment Team). He and his wife, Anne, have been generous donors to Hofstra and also show their support by regularly attending campus events, including the Hofstra Dutch Festival, performances by the Bronx Opera Company and the annual Hofstra Gala.

A World War II veteran, Mr. Heaney majored in accounting at Hofstra. After graduation, the Korean War was underway, and he re-enlisted with the U.S. Marine Corps. Following the Korean War, he and his wife moved to Hempstead, where they have lived for more than 50 years. Mr. Heaney worked for Northeast Airlines for many years and then Delta, where he remained until his retirement in 1988. In addition to spending time at Hofstra events, he volunteers at the Cradle of Aviation Museum in Garden City.

For more information on Fall Fest, including the Vibe Live Concert, Family Weekend, the Parade of Floats, and the Out Loud! Comedy Show, visit hofstra.edu/fallfestival. Fall Festival is open only to members of the Hofstra community and their families.