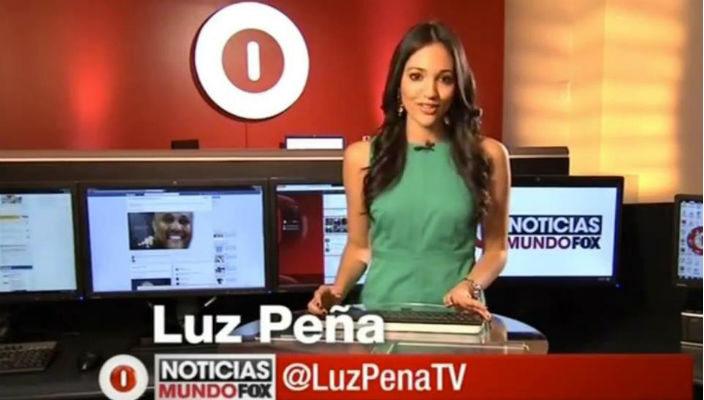 Luz Peña, a 2012 graduate of the journalism program in the Lawrence Herbert School of Communication, has been named to Huffington Post’s list of 40 top Latinos in American media.

Peña, a TV reporter specializing in social media and technology at MundoFOX in Los Angeles, was honored for “her passion for storytelling and fluidity on-camera.”   In June, she and colleagues won a Los Angeles Press Club award for best use of social media to promote a story.

“It’s an immense honor to be mentioned with some of the industry’s best on air-talents,” said Peña. “This recognition motivates and empowers me to continue pursuing my career goals.”  She offered this advice for aspiring journalists: “This industry is tough and as students you may not fully realize it yet. However, if your hunger to succeed is bigger than the ‘no’s’ you’ll get along the way, then you will have what it takes to make it as a journalist.”

She joined MundoFOX two years ago, just after graduating from Hofstra, and is one of the station’s youngest broadcast news reporters.   Her early connection with FOX News began when as a senior she was named an Ailes Rising Apprentice for 2011, winning a $10,000 scholarship and paid summer internship with the outlet.  As a Hofstra student, Peña has also reported from the Academy Awards as the winner of the 2011 mtvU Oscars® Red Carpet Correspondent Contest.