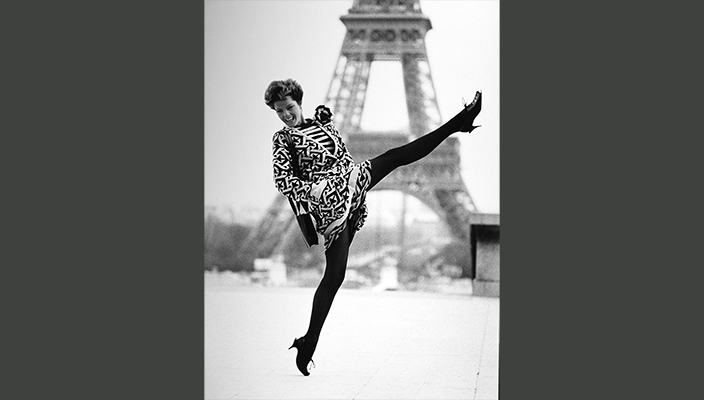 Fashion photographer Stan Wan, lab supervisor for the Department of Fine Arts, Design, Art History and an instructor for Hofstra Continuing Education, will present an exhibition of his work, Stan Wan – Fashion & Portraits – Europe 1980-1990, at the Rosenberg Gallery, September 10-October 6. Opening receptions for the show will be held on Wednesday, September 10, from 11:15 a.m.-12:45 p.m. and Friday, September 12, from 5-7 p.m. The Rosenberg Gallery is located on the first floor of Calkins Hall, South Campus.

Mr. Wan has been a professional photographer for more than 30 years in Paris, Milan and New York City. His work has appeared in French Vogue, Elle, Glamour, Brides, and W among others. His present client list includes Sephora, L’Oreal, Avon, The Laundress and FragranceNet.com.

Originally from California, Mr. Wan explains that although his interest in photography started at a young age, he was originally on a career path toward becoming a doctor. “I was a premed student at the University of California, Berkeley, but I was also working as a photographer for the Daily Californian, the student newspaper. It was the time of the Vietnam protests.” He says at times he found himself in the middle of campus riots and was even tear-gassed.

“I had a very heavy course load my third year and wanted to take some electives I’d find easier. I took photography, art history and even ceramics.” Mr. Wan’s photography professor was noted artist William Garnett, whose work is on display in the Metropolitan Museum of Art, the Smithsonian, the Museum of Modern Art and the Getty Museum. “He took an interest in me, encouraged me, and helped me get an internship with a food photographer in San Francisco.” It was during that internship that Mr. Wan discovered an affinity for fashion photography and resolved what he would do with his life. “That last year of college was very difficult. I finished my degree, but I knew I wasn’t going to do anything with it.”

After graduation he purchased a one-way ticket to New York, where he worked as a photography assistant for five years. Then he moved to Europe and experienced living and working in Milan and Paris. He explains that the works that will be on display at the Rosenberg Gallery “capture the youthful, creative energy I wanted so much to express at the time.”