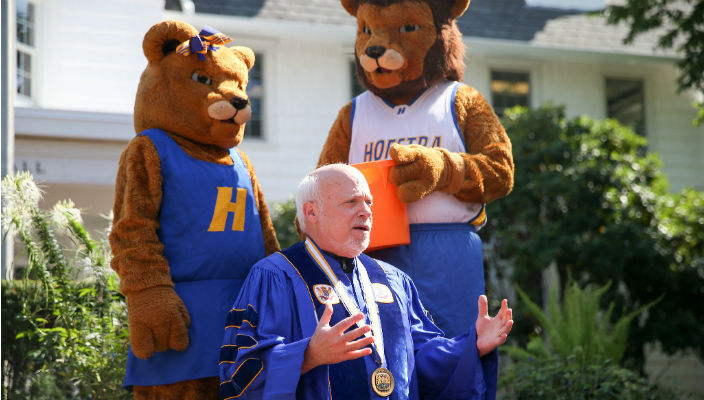 “I am president of a university that has a student body that is as altruistic and charitable as any college in America, ” said the President, right before being doused with ice water by Hofstra mascots Kate and Willie in front of Hofstra Hall.  He will also make a financial donation to the cause.

The ice bucket challenge has so far raised more than $40 million for research to find a cure for ALS, or amyotrophic lateral sclerosis (commonly known as Lou Gehrig’s disease), a progressive neurodegenerative condition that affects nerve cells in the brain and the spinal cord.

Watch the President take on the ice bucket challenge: