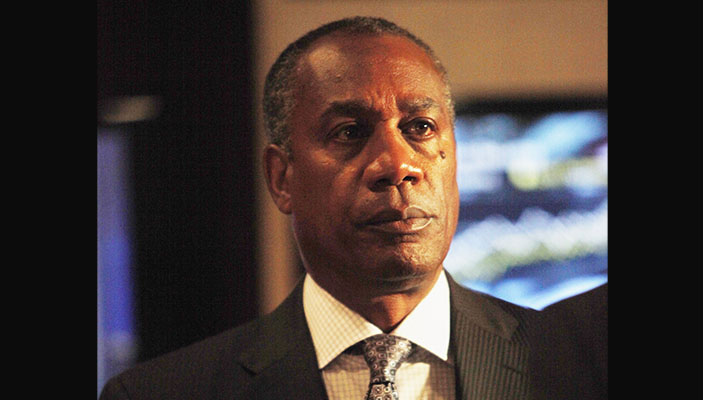 Congratulations to actor and alumnus Joe Morton, who won a Creative Arts Emmy Award on August 16 for Outstanding Guest Actor in a Drama for his portrayal of the villainous Rowan Pope on ABC’s Scandal. He will also be a presenter at the 66th Annual Primetime Emmy Awards on Monday, August 25.

In a 1990 interview with Hofstra’s alumni magazine, Morton explained that he entered the University in 1965 as a psychology major. “The first day of orientation we were showed around campus and were marched into the Playhouse. I was impressed by the theater; the students had prepared some skits. … I had been singing and writing songs in high school and enjoyed that a lot. I walked out of the Playhouse and went straight to the registrar’s office and changed my major to drama.”

Morton spent the next three years on the Hofstra stage appearing in productions of Guys and Dolls, He Who Gets … Slapped, Electra, and in the Shakespeare Festival productions of As You Like It, Romeo and Juliet and Twelfth Night.

Dr. Richard Mason, the very popular professor emeritus of drama who passed away in 2010, said at the time, “Joe was a very committed actor even when he was an undergraduate. He was very intent on both his education and his training. … Joe has earned the recognition he is now receiving. He has the talent for it, and he has the intelligence for it.”