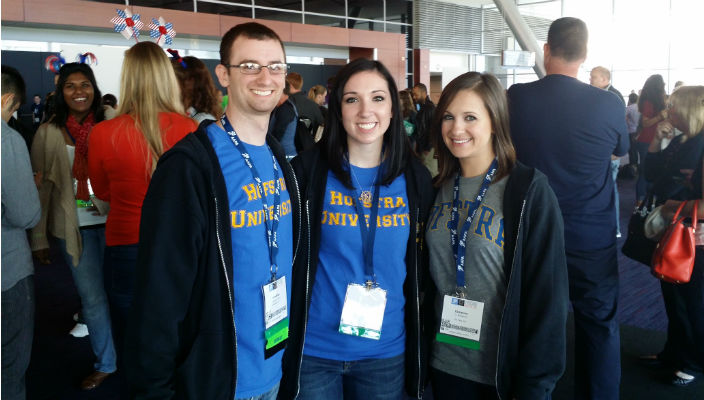 Three students from the Physician Assistant Studies program competed in the annual collegiate  National Medical Challenge Bowl, placing in the top 20 among more than 70 teams.

In the first round of the competition, which is sponsored by the American Academy of Physician Assistants, 73 teams answered 40 multiple-choice questions in rapid succession.   Hofstra was among the 36 teams that advanced to the second round and ranked 17th before being eliminated.  Miami Dade College went on to win the competition.

Almost three dozen classmates, faculty, and alumni from the School of Health Sciences and Human Services were on hand to support the Hofstra team during the competition, which was held earlier this summer in Boston. 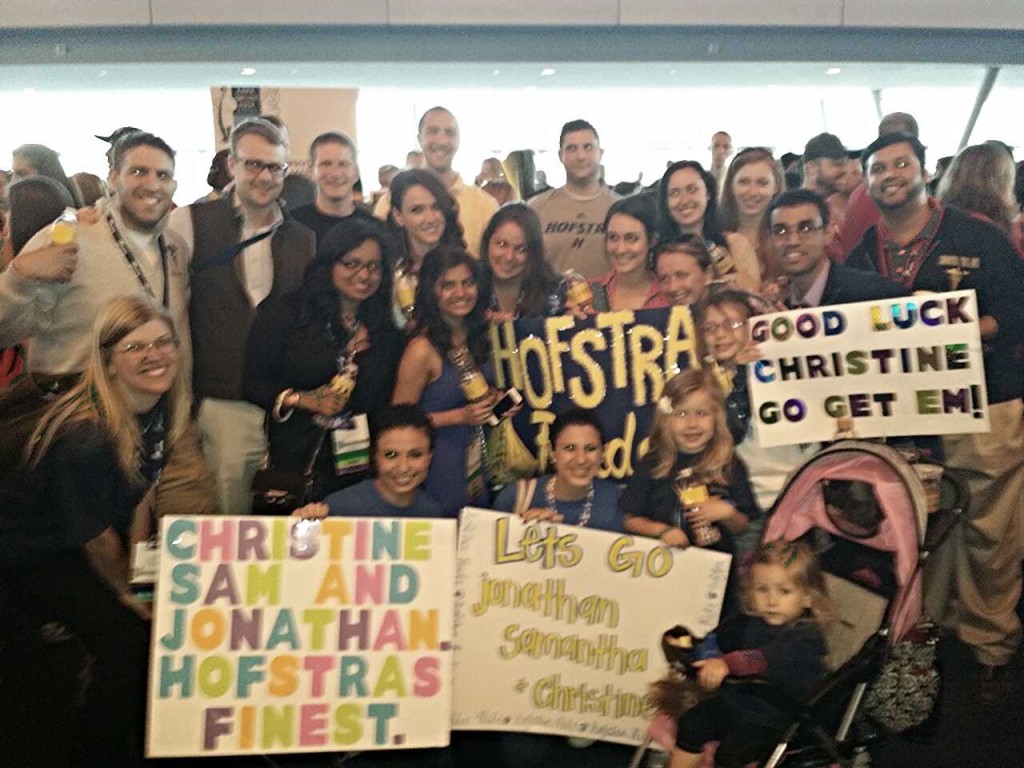