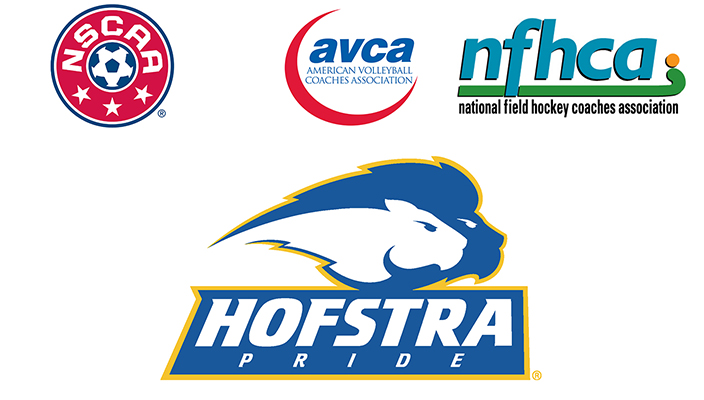 With the start of the fall athletic season and the beginning of classes at Hofstra University right around the corner, the Pride fall sports teams are once again gearing up for an exciting year in the classroom and on the fields or courts of play.

Each of the fall teams that have reported to campus already showcase some outstanding individual athletic achievements, but it might be what each squad has done in the classroom that is even more impressive.

During the 2013-14 academic year the Hofstra Field Hockey, Men’s Soccer, Women’s Soccer and Volleyball programs all compiled cumulative team grade point averages of at least 3.17. In doing so each earned recognition from their various coaching associations.

“The academic success of our student-athletes is our primary mission,” stated Hofstra Vice President and Director of Athletics Jeffrey A. Hathaway. “We are fortunate to have outstanding students in our athletic program and they are the primary reason for their success in the classroom. However, their success has the direction, support and encouragement from the faculty, University Advisement, our coaches and staff within our University community. Congratulations to our student-athletes for their continued academic successes and thanks to all that have been of assistance to them.”

Leading the way in the fall was the women’s soccer team with a team GPA of 3.67. Coach Simon Riddiough’s squad was named a College Team Academic Award Winner by the National Soccer Coaches Association of America (NSCAA) for their strong work in the classroom.

The Pride Field Hockey program, under the direction of Head Coach Kathy De Angelis, compiled a 3.53 team GPA. That stellar average earned them a Gladiator by SGI/National Field Hockey Coaches Association Division I National Academic Award. In addition, Hofstra’s GPA was the third-highest in the nation.

Hofstra Volleyball, with Head Coach Emily Mansur leading the way, continued its excellent run of work in the classroom as they put together a team GPA of 3.42. This was strong enough to earn them an American Volleyball Coaches Association Team Academic Award.

The men’s soccer squad joined the women’s soccer team as they also earned the College Team Academic Award from the NSCAA. The Pride, led by Head Coach Richard Nuttall, compiled a team GPA of 3.17 to complete the four team’s outstanding work in the classroom.

Each of the four teams will open their 2014 seasons in the coming weeks with women’s soccer taking on Connecticut on August 22 in Storrs, Connecticut at 7 p.m. Volleyball kicks off its schedule on August 29 with an 11:30 a.m. contest at home against St. Francis Brooklyn. Field hockey will start the same day with a 1 p.m. game on campus versus Albany. Men’s soccer is out in Evanston, Illinois to begin their 2014 slate as they will face Northern Illinois on August 29 at 5 p.m.