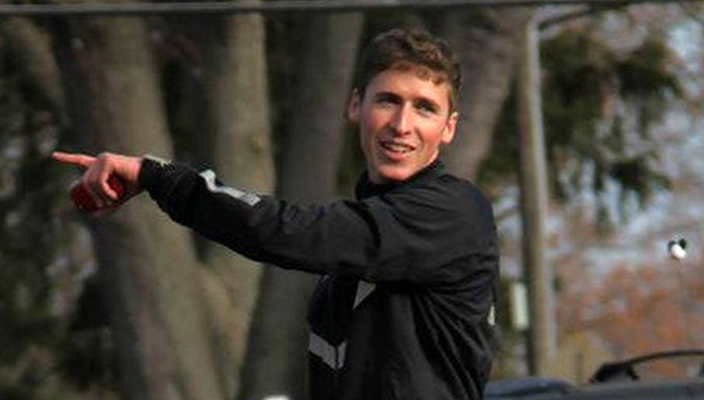 Vincent Giambanco, who has served on the cross country staffs of two Long Island colleges, has been named the Hofstra University men’s and women’s head cross country coach. The announcement was made by Vice President and Director of Athletics Jeffrey A. Hathaway.“We are excited to add a dynamic coach in Vincent Giambanco,” Hathaway commented. “As a Long Island native who has coached at two local universities, his experience on Long Island and knowledge of the tri-state area in particular will be most beneficial in the continued development of the Hofstra Cross Country program. As a coach and a former student-athlete, Vincent has prided himself in developing the entire student-athlete – on the course, in the classroom and in the community. In addition, as founder and president of his own elite development and training company, he has the organizational and fundraising skills to bring our program to the next level. We welcome Vincent and his wife Page to the Hofstra family.”“I am excited to be joining the Hofstra University community,” Giambanco stated.  “No step up in life is without help and I am truly grateful for positive mentors like Rob Morris at LIU Post and Gregory Lott at the USMMA, as well as the many, dedicated student-athletes who I have been honored to worked with. I am truly blessed to have a great support system in my wife, my family and friends, and my coaches over the years. I would also like to thank Hofstra President Stuart Rabinowitz and Vice President and Director of Athletics Jeffrey A. Hathaway for entrusting me with the Pride Cross Country programs. I see great potential in both the men and women’s teams and look forward to leading them to success both on the course and in the classroom.”A native of East Norwich, New York, and a graduate of Oyster Bay (NY) High School, Giambanco comes to Hofstra after serving as associate head coach for the cross country and track and field programs at LIU Post in Brookville, New York, since last January. It was his second tenure at LIU Post after serving as an assistant cross country coach and helping lead the Pioneer men’s and women’s programs to conference championships from June 2011 through January 2012. His responsibilities during his most recent stint at LIU Post included overseeing all recruiting efforts, designing and administering the training program for both the men’s and women’s distance runners, and guiding the academic progress of his teams.Since May 2011, Giambanco has served as founder, president and head coach of Citius New York, an elite development team to give runners the opportunity to continue to train and compete at a high level. He has been responsible for fundraising, recruiting, equipment, the team’s web site and creating and hosting the annual Oyster Bay Turkey Trot. Some of the achievements of Citius members include qualifying for the 2012 Indoor World Championships and the 2012 USA Olympic Trials, winning the USA 50K Championships and winning the Long Island Marathon and half-marathon in 2013.Giambanco served as assistant cross country and track and field coach at the United States Merchant Marine Academy in Kings Point, New York, from January 2012 through January 2014. While there, he helped direct Gretchen Holoubeck to set Academy records 11 times and Tomas Sanchez and Dan Baxter to a combined five individual conference championships between the two.He also served as a personal trainer at Evolution Fitness in Oyster Bay from July 2009 through July 2011, where he helped train Owen Skeete from Westbury (NY) High School to multiple Nassau County titles, All-New York State and All-America accolades.A 2009 graduate of the University of Miami with a bachelor’s degree in sports administration, Giambanco was a member of the Hurricanes’ track and field program for three years and the cross country team for two years where he was guided by head coach Amy Deem and distance coach Damon Griffiths. He ran on two cross country championship teams and served as team captain at LIU Post while earning a master’s degree in school counseling in 2011.Giambanco holds a U.S. Track and Field Level 1 coaches certification, an American College of Sports Medicine personal trainer certification and an American Red Cross CPR/AED certification. Giambanco and his wife, Page Price, reside in New York City.