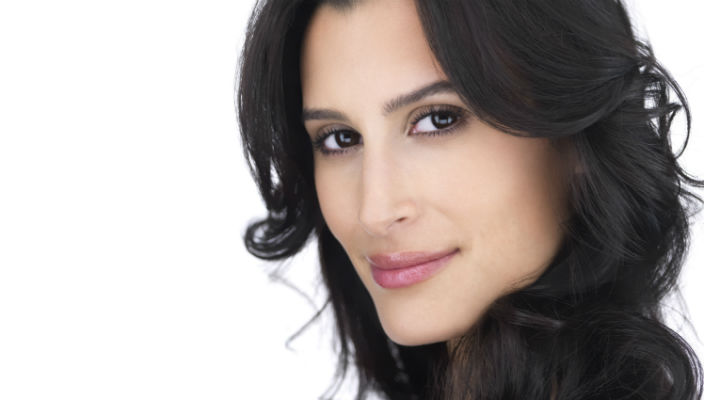 She’s danced center court at Madison Square Garden, starred in a popular Web series, and even appeared in a Capital One commercial with Jimmy Fallon.  Now Hofstra Dance program alum Jessica Press can add acting in a feature-length film to her résumé.

My Man Is a Loser, starring John Stamos, hit theaters earlier this summer. In the film, Press plays “Laura,” an acquaintance of Stamos’s character, “Mike,” a 40-something playboy.

Press grew up watching Stamos portray Uncle Jesse on ABC’s long-running sitcom “Full House,” so being onset with the actor “was kind of surreal,” she said. “I thought I would be nervous, but we ended up having so much fun. He was so generous and kind and made me feel so comfortable, that it was an amazing experience.”

She also worked with Oscar-winning actor and comedian Robin Williams, who died Monday in an apparent suicide.  Press appeared with Williams last year in an episode of his CBS sitcom, “The Crazy Ones.”   “A very sad morning for the world,” she said. “I feel truly grateful for getting that moment in time with him. [He was an] extraordinary human and artist.”

Prior to her work with Williams, Press was part of the inaugural cast of “Hustling,” an original Web series now with three seasons under its belt. Press, still part of the cast, was nominated for best actress by the Indie Soap Awards in 2013. It was her work on “Hustling” that got her noticed by the casting director who called her in to audition for My Man Is a Loser.

Shortly after her best actress nomination, Press landed a role alongside Jimmy Fallon in a Capital One commercial.

Her very first gig after graduation was as a Knicks City Dancer. “I was preparing my senior year of Hofstra, spending hours at the gym and in class training,” she said. “Performing center court of Madison Square Garden, the greatest arena in the world, was a childhood dream come true. It was truly exhilarating.”

And while dancing is Press’s first love – she’s been dancing since the age of 3 – she has “fallen in love with the craft of acting,” she said. “I look forward to the future and seeing what the universe has for me.”