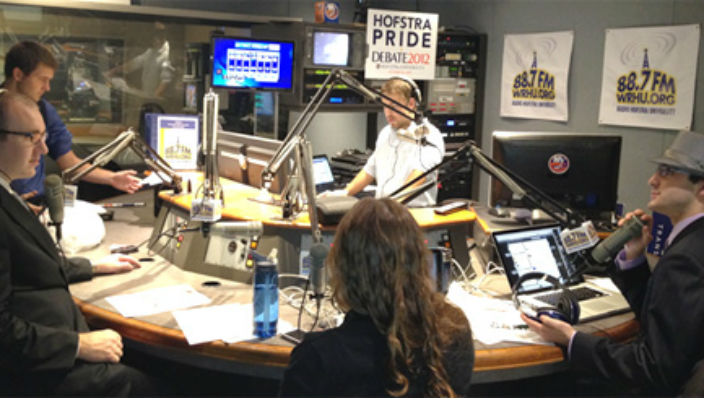 WRHU-88.7 FM Radio Hofstra University is the best college station in the country, according to The Princeton Review.

The station is ranked number one in Princeton Review’s 2015 edition of The Best 379 Colleges, jumping four spots since 2014, when it was ranked fifth best in the nation. WRHU, flagship station for the New York Islanders since 2010, is the first and only college radio station to have an exclusive broadcasting agreement with a professional sports team.

The station, with studios at the Lawrence Herbert School of Communication, is also a finalist for a prestigious Marconi Radio Award as the top non-commercial station in the country. The Marconi Awards, distributed by the National Association of Broadcasters, will be announced on Sept. 11.

The student-run station and its reporters have won top honors from the New York Associated Press Association, the Press Club of Long Island, the Society of Professional Journalists and New York Women in Communications.

The Princeton Review’s Best 379 Colleges ranks the top 20 colleges in more than 50 categories, based on a survey of 130,000 students at the 379 colleges who were asked to rate their schools and report on their campus experiences.

The college radio station jumped four spots since last year to secure the top ranking from The Princeton Review.