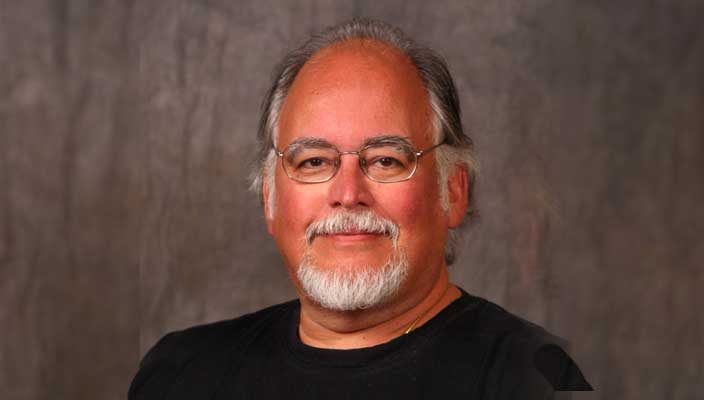 Louis Zamperini’s life story — Olympian turned fighter pilot who spent more than two years as a POW — reads like a best-seller or a movie script. In fact, it’s been both. The 2010 book Unbroken tells his gripping tale, as will a feature film by the same name directed by Angelina Jolie set to open on Christmas Day.

But long before Zamperini’s story caught the attention of Hollywood and the publishing world, it was the subject of an Emmy-winning documentary edited by Professor Carlo Gennarelli of Hofstra’s Department of Radio, Television, Film.

“It was an amazing story and a thrill to be a part of telling, especially before anyone had heard of him,” Gennarelli said, referring to The Great Zamperini, his documentary that aired on CBS during the 1988 Olympics in Nagano, Japan.

Zamperini died at the age of 97 in early July. He was remembered in media across the nation, from The New York Times to the Los Angeles Times, as well as on NBC Nightly News networks.

Zamperini’s story began in Torrance, Calif., where he was a delinquent youth able to outrun trouble – literally. His speed eventually lured him away from the dark side and into competitive running. At 19, he ran the 5,000 meters at the 1936 Olympics in Berlin, earning him the distinction as the youngest American qualifier ever in that event. He missed a medal but finished in eighth place, running his last lap in just 56 seconds and beating his American teammates.

He was determined to win a medal in the 1940 Olympics, but those games were canceled due to the outbreak of World War II. In 1941, he enlisted in the U.S. Army Air Corps and was deployed to the Pacific as a bombardier on a B-24 Liberator bomber. In late May of 1943, his plane crashed in the ocean and he was presumed dead. Miraculously, he and a crew member survived on a raft without food and water for 47 days before washing ashore onto the Marshall Islands—2,000 miles from where his plane went down. Japanese soldiers held him there for 43 days before sending him to a POW camp in Naoetsu, where he was tortured for two years. The war ended, and the former Olympian returned home weighing a mere 65 pounds.

More than four decades later, at the age of 81, Zamperini carried the Olympic torch through Naoetsu, not far from the camp where he was held.

Work on The Great Zamperini was well under way by the time the games started, but it was in Nagano where Professor Gennarelli first came face-to-face with Zamperini. The two attended an evening hockey game together.

“Louie, then 81, had spent the day skiing!” Gennarelli said with great admiration. “As an editor of many doc-style personal features, it is very often a shocking experience to finally meet a person who I have come to know through screening hours of them talking on video over many weeks, and then bam!–there they are, walking and talking in the flesh. He was quite a character in real life. It struck me that a man whose body had been so abused for so many years still served him well, no doubt due to an athlete’s training but also because of an inner spiritual strength.”

Gennarelli credits his work on The Great Zamperini as a turning point in his career. “This experience became my stepping stone to expand from editor to producer, as well,” he said.