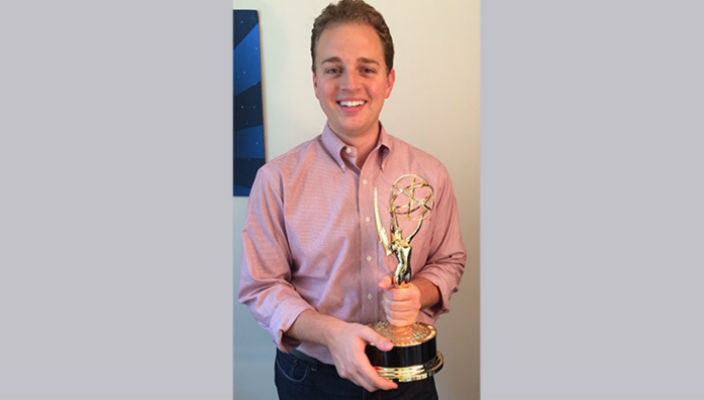 John Santucci ’11 won a Daytime Emmy Award for his work as a segment producer on ABC’s “Good Morning America,” which was named Outstanding Morning Program by the National Academy of Television Arts & Sciences.

The winners of the 41st annual awards, which honor the best in daytime broadcast production, were announced recently in a gala at the Beverly Hilton Hotel in Beverly Hills, California.

Santucci has been with GMA for three years.   He worked as a freelancer for the weekend edition of the program during his senior year at Hofstra, and joined the show as a full-time producer two weeks after graduating with a degree in journalism from the Lawrence Herbert School of Communication.

“I am eternally grateful to Hofstra and the inspiring professors I had the opportunity to learn from,” Santucci said, reflecting on his win. “I also want to thank my incredible mentors at WRHU Radio Hofstra University – Bruce Avery, Ed Ingles, John Mullen, Fran Spencer, and Marc Wiener.”