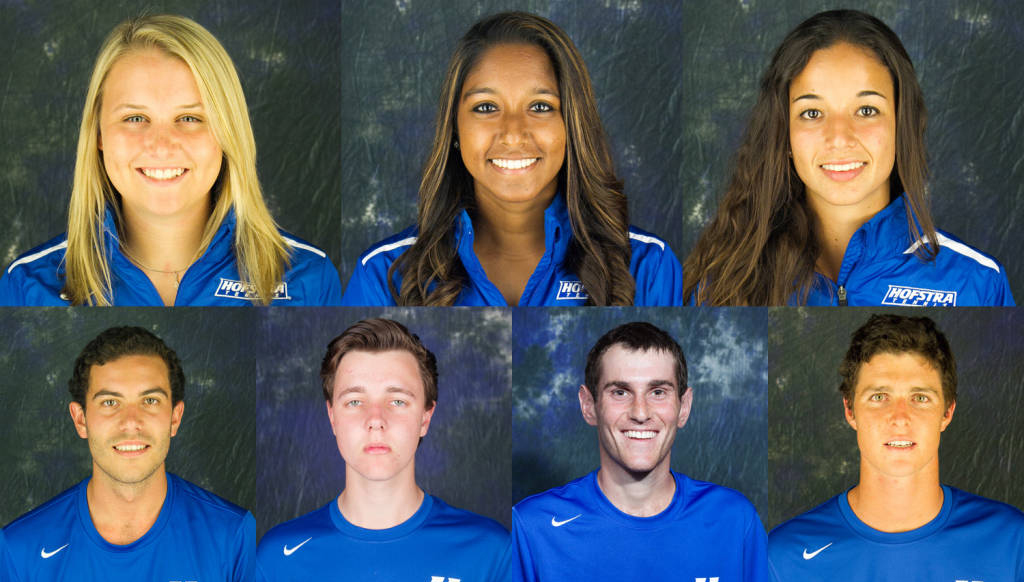 Seven Hofstra University Tennis players have been named to the Intercollegiate Tennis Association (ITA) All-Academic Team it was announced recently by the organization. In addition, both the Pride men and women’s tennis programs earned ITA All-Academic Team awards.

In order to earn ITA Scholar-Athlete status a player must have a grade point average of at least 3.50 for the current academic year, be a letterwinner and complete two semesters at their institution. The ITA All-Academic Team award is open to any ITA member program that has a cumulative team grade point average of 3.20 or above.

Named to the ITA All-Academic Team from the women’s tennis team was Sarah Bowen, Bianca Derrick and Carmen Pestano. Bowen, who just completed her sophomore campaign, owns a 3.65 grade point average as a marketing major. The selection marked the second consecutive year that Bowen has been an ITA All-Academic team pick. Derrick, a health science major who will be a senior in 2014-15, possesses a 3.45 grade point average. Pestano complied a 3.54 GPA as a freshman majoring in political science.

As a team, the Hofstra women posted a 3.47 overall grade point average.

The Hofstra men tallied a cumulative team GPA of 3.41.