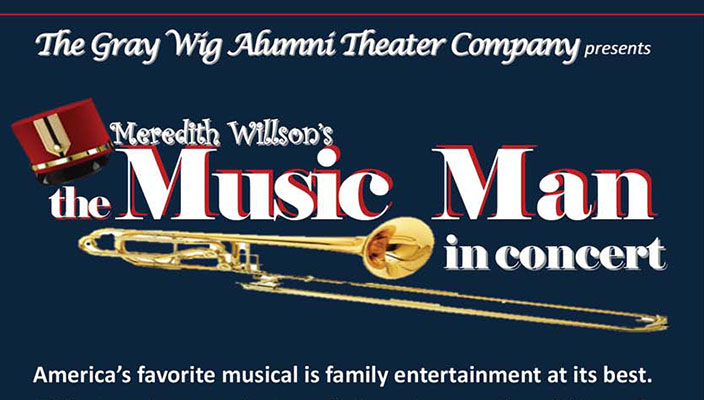 Tickets are $28; $25 senior citizen (65+); $15 for matriculating non-Hofstra students with ID. Members of the Hofstra community may receive up to two free tickets upon presentation of a current HofstraCard. Tickets go on sale Monday, August 18, 2014.

For tickets and information, please call the John Cranford Adams Playhouse Box Office at 516-463-6644, Monday-Friday, 11 a.m. to 3:45 p.m. Tickets will also be available for purchase online at and at the door (by cash or check) starting 90 minutes prior to show time.

This concert is an experience for the entire family, featuring fully orchestrated renditions of selected songs from one of America’s favorite musicals. Among the songs that will be performed are “Seventy-Six Trombones,” “My White Knight,” “The Wells Fargo Wagon,” and “Till There Was You.”

After becoming a major hit on Broadway in 1957 and winning five Tony Awards, including Best Musical, The Music Man cast went on to win the first Grammy Award for “Best Original Cast Album,” which spent 245 weeks on the Billboard charts.