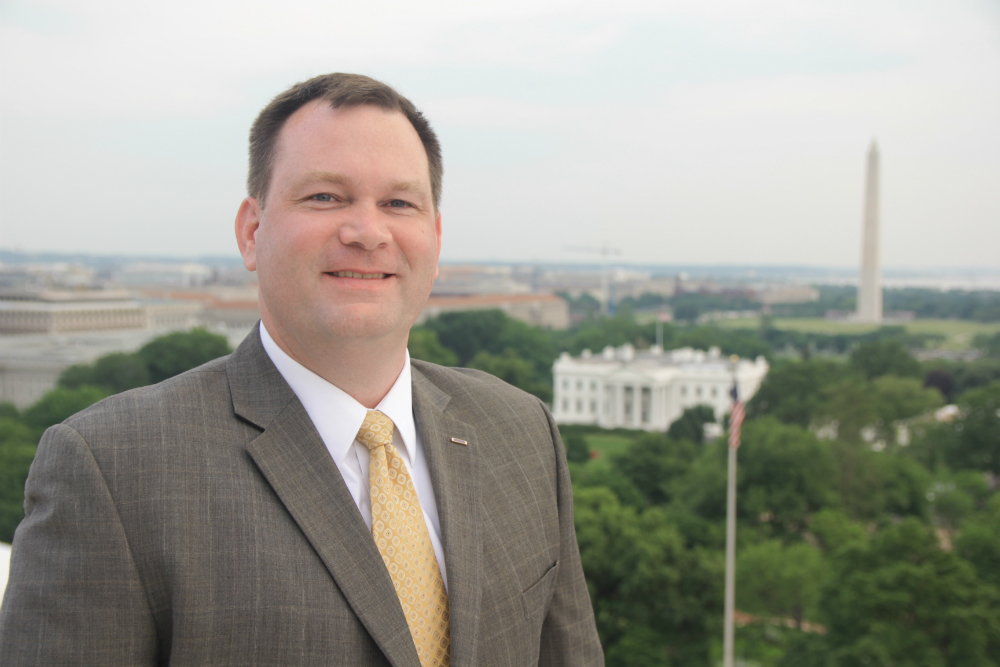 After a decorated military career that spanned two decades following his days in Hofstra’s Reserve Officer’s Training Corps (ROTC) program, Mathew B. Tully ’95 was medically retired from the U.S. Army on May 5 and has returned to his Albany, N.Y.-based law firm for good.

In early 2012, Tully took military leave from Tully Rinckey PLLC—which he launched with fellow Hofstra alumnus and ROTC participant Greg Rinckey ’95 in 2004–to serve as a lieutenant colonel in Afghanistan with the Army National Guard. On Aug. 7 of that year, he sustained injuries during a suicide bomber attack involving a vehicle-borne improvised explosive device. As a result of his service in Afghanistan, he was awarded the Combat Action Badge in May 2012, the Purple Heart in September 2012 and Bronze Star in February 2013.

Tully and Rinckey opened their practice to help Uniformed Services Employment and Reemployment Rights Act (USERRA) victims—a focus that sharpened with Tully’s personal challenges each time he returned to civilian employment throughout his military career. (Tully waged, and settled, his own USERRA labor discrimination case against a former employer.) Over the past decade, the firm has grown to include 15 partners.

Tully Rinckey has expanded geographically, as well. When Tully was deployed to Afghanistan in 2012, the firm had offices in Albany, Washington, D.C., and Arlington, Va. He returned to twice that number, with the addition of three Upstate New York spaces: Buffalo, Syracuse and Rochester. Additionally, while Tully was on active duty and Rinckey handled day-to-day affairs, the firm’s revenues grew by 49.1 percent in 2013, a company news release said.

Tully credits the success of his firm to his time in the military as well as his time at Hofstra.

“After five deployments [including Iraq in 2005 and Egypt in 2007], my military experience has taught me how to best deal with pressure and the array of issues that arise while trying to grow a business and maintain quality customer service,” he said. “I’ve learned from the military about the importance of logistics, and I’ve applied these lessons to the preparations that go into opening new offices. The military does not send soldiers into hostile or friendly territory without a solid support system in place, and I don’t send attorneys into new markets without such support.”

As for Hofstra’s role, the school has “taught me the importance of long-term relationships, whether they are with co-workers or clients. There would be no Tully Rinckey PLLC had I not met Greg Rinckey at the university and kept in touch with him after we graduated and headed down separate paths in the Army.”

Going forward, Tully said he “will resume practicing federal labor and employment law, with an emphasis on defending the USERRA rights of the men and women who serve our country and work for our government.”