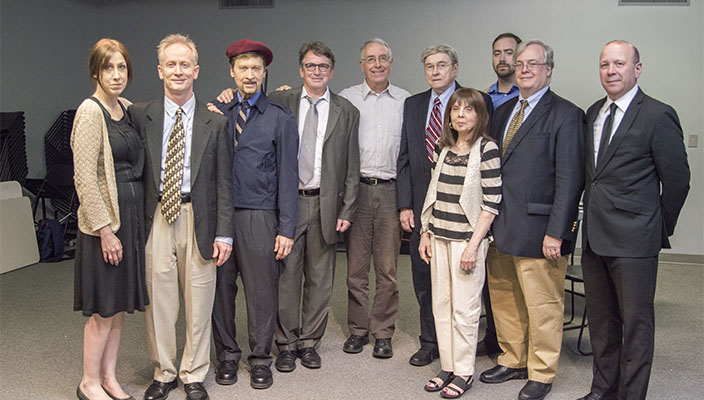 Congratulations to Chemistry Prof. David Cassidy, whose play “Farm Hall” opens tonight, July 15, to a full house at NYC’s June Havoc Theatre. The play, based on true events, takes place during WWII at a British estate where Allied forces held 10 German nuclear scientists for six months. The Allies had hoped to find out how close Germany was to developing an atomic bomb. “Farm Hall” and Dr. Cassidy received a mention in The New York  Times on June 30.

Tickets are also sold out for the Saturday, July 19, performance but are still available for Sunday, July 20, at 1 p.m.

In the photo above by Hofstra student Dan Wright, Dr. Cassidy (center) poses with the cast. 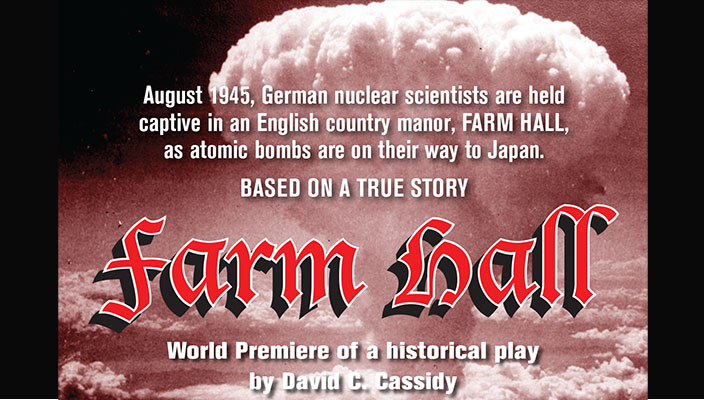