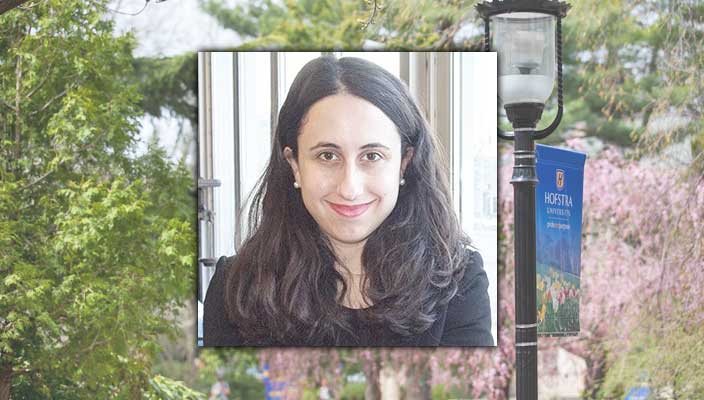 Kara Alaimo, an expert in international and political communication who has worked at the United Nations and in the Obama administration, joins the Lawrence Herbert School of Communication this fall as an assistant professor of public relations.

At the United Nations, she was head of communications for the Secretariat of the High Level Panel on the Post-2015 Development Agenda – a group of heads of state and eminent thinkers convened by the Secretary-General to recommend the world’s next plan for eradicating poverty and achieving sustainable development.

In 2011, Alaimo was appointed by President Barack Obama as Treasury Dept. spokesperson for international affairs, where she communicated U.S. global economic diplomacy initiatives.

This summer, she is conducting and presenting a number of research projects internationally:

Last week, Alaimo served as a panelist at the Academic Council on the United Nations System Annual Meeting in Istanbul, Turkey. She presented two papers, “How the United Nations Should Communicate the World’s Next Development Agenda” and “Words More Powerful than Weapons in Modern Global Governance.”  During the three-day conference, an international slate of scholars and practitioners discussed the challenges of issues such as global conflict and security resolution, political economy, and justice and human rights.

Alaimo is also a resident fellow this summer at the Institute for American Universities College in Aix-en-Provence, France, where she is researching the public relations practices that have led to the success of Bordeaux wine in China.

On August 8, she will present her research “Who Leaks Unauthorized Information to the Press in Washington?” at the Association for Education in Journalism and Mass Communication conference in Montreal, Canada.

This fall, Alaimo — who also previously served as spokesperson for philanthropist Peter G. Peterson and for New York City economic development initiatives during the administration of Mayor Michael Bloomberg — will teach courses in public relations tools, public relations copywriting, and public relations measurement and evaluation in the Department of Journalism, Media Studies, and Public Relations.