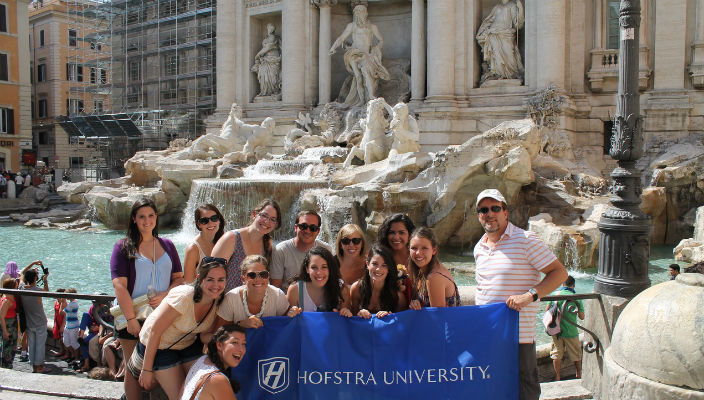 Fourteen students will travel to the Eternal City next week to participate in the Lawrence Herbert School of Communication‘s study abroad program, SCO in Rome!

During the four-week trip, July 6-Aug.1, professors Randy Hillebrand and Jamie Cohen will lead courses on overseas television/film production and international journalism and guide students as they complete video and multimedia projects.

This year’s group is comprised of undergraduates studying film, journalism, public relations, and English, as well as two international graduate students in the documentary film studies program.   Twelve students participated in the first SCO in Rome! program, which is open to all majors, in 2012.

The students will also screen and critically analyze film and television content related to Italy and Rome, and study how Italian politics and society influence the media.   Afternoons and evenings are reserved for independent and group research, walking tours, and exploration around the city.   On alternate days, the group will take field trips to major media outlets or cultural attractions.

The study abroad experience also includes day trips to the island of Capri as well as Positano, Pompeii, Naples, and Mt. Vesuvius, where they will climb an active volcano.   Students will also have the opportunity to visit other European countries.