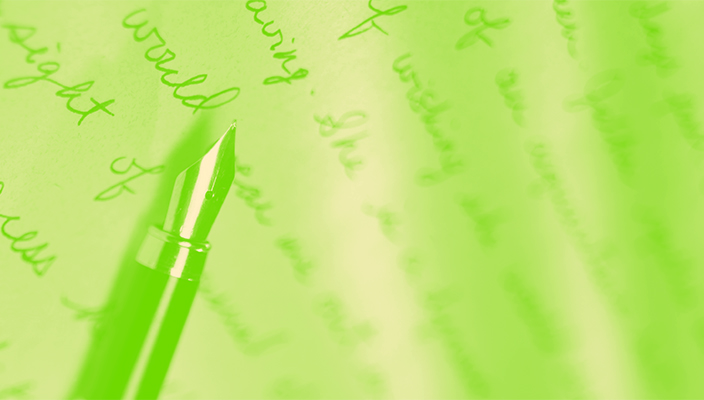 Writers, both those beginning and others seeking to further develop their craft, may immerse themselves in screenwriting, short fiction and writing for children during Hofstra University’s 40th Annual Summer Writers Program, to be held July 7-18, 2014. This event is sponsored by the English Department and its Creative Writing Program and may be taken for college credit (3 credits in 2 weeks), teachers’ professional development credit or noncredit. To register and for more information contact Professor Richard Pioreck in the Department of English at (516) 463-0258 or Richard.J.Pioreck@hofstra.edu.

Led by master writers, the Summer Writers Program operates on the principle that true writing talent may be developed, nurtured and encouraged by writer-in-residence mentors. Through instruction, discussion, criticism and free exchange among the workshop participants, writers begin to find their voice and their style. The workshops provide group and individual sessions for each writer.

The Summer Writers Program includes guest speakers, and exposure to award-nominated and winning authors. Often, agents, editors and publishers make presentations during the program, and authors and students read from published work and works in progress. These presentations offer additional opportunities to meet informally with participants, master writers and guest speakers.

Courses in the different genres are offered concurrently from 10 a.m.-2 p.m. each day. Non-credit participant tuition is $650 for the two-week, 10-session course. Students wishing to take the program for undergraduate or graduate course credit should contact Professor Pioreck for more information.

This year’s workshops and mentors include:

Character and plot are inherently intertwined; it is often said that character IS plot. In this short fiction workshop, character is closely examined in order to better understand story, focusing particularly on how a character’s need or desire is the driving engine of the narrative. Other key components of fiction, including structure, dialogue, style, language and theme, are also explored as we create new short stories, or revise old ones. The class is conducted in the classic workshop manner, where the writer is offered a thorough but always constructive, always supportive discussion of her or his work. Besides in-class exercises, reading and discussing illuminative published stories serves to add to the student’s understanding of craft. A writer’s life can be a solitary one, but by participating in a writing workshop, an author can be both fueled and grounded by helpful feedback.

Reed Farrel Coleman recently signed a deal with Putnam to write four new novels in Robert B. Parker’s Jesse Stone series. The first book, Blind Spot, is set for publication this September 2014. He also has a two-book, world rights deal that will launch a new series featuring a cop in Suffolk County, N.Y., named Gus Murphy; the first Gus Murphy book, Where It Hurts, is set for 2015. Coleman has been called a “hard-boiled poet” by NPR’s Maureen Corrigan and the “noir poet laureate” by The Huffington Post. He has published 17 novels. Mr. Coleman is a three-time recipient of the Shamus Award for Best Detective Novel of the Year and is a two-time Edgar® Award nominee. He has also won the Macavity, Anthony and Barry Awards. He was co-editor of the poetry journals Poetry Bone and The Lineup, and editor of the short story anthology Hard Boiled Brooklyn. His short fiction have appeared in The Long Island Quarterly, Wall Street Noir, The Darker Mask, Brooklyn Noir 3, and other publications. He is the former executive vice president of Mystery Writers of America. The New York Times said of his latest novel Gun Church that his narrative voice shows his character’s earned redemption. (Read The New York Times review of his latest book Hollow Girl)

Writing for children today is a demanding task of literary skill and creativity. Children’s books have a lion’s share of the market, covering a wide array of age groups and genres, each with particular constraints. A fine children’s book makes dramatic use of language and has an emotional impact on the reader. This workshop explores plot, voice, characterization, setting, dialogue, physical and contextual frameworks, conflict, sensory detail, genres, figurative language, and the use of verse and prose. Participants also examine the submission process, work habits, the business side of writing and agents, plus an overview of the publishing process. Come ready to read, write, and play with words.

Brian Heinz is a critically acclaimed writer of nonfiction and fiction, in both prose and verse. His picture book The Monsters’ Test was a CBC/IRA Children’s Choice. The Wolves was an Editor’s Choice and received rave reviews from Kirkus, which called it, “an exquisite story of the wild,” while Booklist said it “rings with deep understanding and reverence for the natural world.” Nanuk: Lord of the Ice won a silver medal from the Society of Illustrators, and Butternut Hollow Pond was named Outstanding Children’s Science Trade Book by the IRA/CBC and the National Science Teachers Association. He is a member of the Society for Children’s Book Writers and Illustrators and a co-chair of the Long Island Children’s Writers and Illustrators since 1992. An award-winning educator, he is a popular presenter at schools, libraries, and professional conferences

Explore the process of writing a screenplay from the initial inspiration to the final draft. Examine the elements of successful screenplays: effective story structures, vibrant characters, sharp dialogue, compelling beginnings, and persuasive climaxes. Watch and analyze movies to see what works and what doesn’t. Students’ story concepts are discussed, outlines are constructed, and screenplays are written. Overall, this class emphasizes developing the tools necessary to most effectively craft rough ideas into polished works.

Paul Zimmerman currently teaches creative writing at Hofstra University and NYC’s Gotham Writers’ Workshop. He wrote the screenplay for A Modern Affair (Audience Award winner at the Long Island Film Festival). As well as spending several years as writer-in-residence for Tribe Pictures, he has written screenplays for many other production companies, and is a contributor to Gotham’s book Writing Movies (Bloomsbury Press). As a playwright, he is a grant winner from the New York Public Theater. His play Pigs and Bugs has been produced by the Echo Theater Company in Los Angeles and the Phantom Theater in Vermont. His plays Reno and The Founder have been seen in New York City and Los Angeles, and at colleges and performance spaces nationwide. His fiction recently appeared in the journal Confrontation.