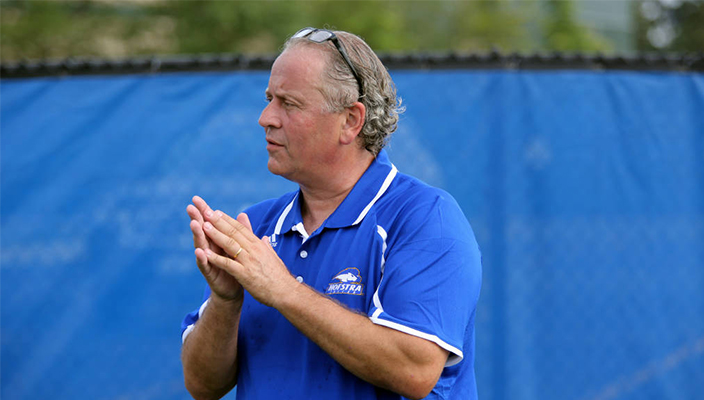 The Hofstra Men’s Soccer program will face challenging opponents in both non-conference play and against Colonial Athletic Association competition with the Pride set to square off against seven NCAA Tournament qualifiers, according to the schedule released today by Head Coach Richard Nuttall.

Overall, the 18-game schedule features opponents that won or tied 55 games more than it lost in 2013. Besides facing a CAA field that had four schools make last season’s NCAA Tournament, the Pride will also oppose non-league foes such as Northwestern, St. John’s and Wake Forest that also made the field. Hofstra is slated to face three schools that advanced to the second round.

Hofstra kicks off the 2014 schedule against Northern Illinois on Aug. 29 on Northwestern’s campus. The Pride will then play the Wildcats two days later. Northwestern earned an at-large bid last season.

The Pride will play their first five games away from home, continuing with another two-game tournament against Rutgers on Sept. 5 before taking on St. John’s on Sept. 7. The Red Storm also earned an at-large selection and defeated CAA-member Delaware in the first round before falling at Virginia. The Pride will round out the road trip on Sept. 10 at FDU.

Dartmouth will enter Hofstra Soccer Stadium for the Pride’s home opener on Sept. 14 at 1 p.m. The Pride was 7-1 at home in 2013. Two more road games follow with matchups at former America East rivals UNH (Sept. 19) and Vermont (Sept. 21). Hofstra bested UNH, 1-0, at home last season and will be playing in Burlington for the second straight year with the Pride falling, 2-1, to the Catamounts in the previous meeting.

Hofstra returns home to host Binghamton on Sept. 30 in the final non-conference home game. The Pride will then open CAA play on Oct. 4 with a road game against new conference member Elon. The Phoenix went 15-5-3 and won the Southern Conference in their final season before moving over to the CAA. Elon moved past No. 24 Clemson in penalty kicks in the NCAA first round before falling to No. 1 UCLA in the second round.

A game at Wake Forest will round out the non-league portion of the schedule on Oct. 6. The Demon Deacons went 11-5-3 and secured an at-large bid, which culminated with a first-round win over Navy before a 4-2 loss to eventual national champion Notre Dame in the second round.

Hofstra will play four consecutive NCAA Tournament teams in a nine-day stretch. Following the Elon-Wake Forest contests, Hofstra will host William & Mary on Oct. 11 and travel to Delaware on Oct. 15. The Tribe and Blue Hens marked the CAA’s two at-large teams last season after the squads went a combined 25-10-4.

A road game at JMU on Oct. 18 will end a stretch of four-of-five contests away from home. The Pride will return to their familiar field on Oct. 22 versus the defending CAA champion Drexel Dragons. Hofstra’s final road game will be on Oct. 25 at UNCW.

The Pride will then close the regular season with back-to-back home games against Northeastern on Oct. 29 and the College of Charleston on Nov. 1. The CAA Championship will start Nov. 8 with the quarterfinal rounds. The semifinals and title game will be hosted by the conference’s top seed from Nov. 13-15.