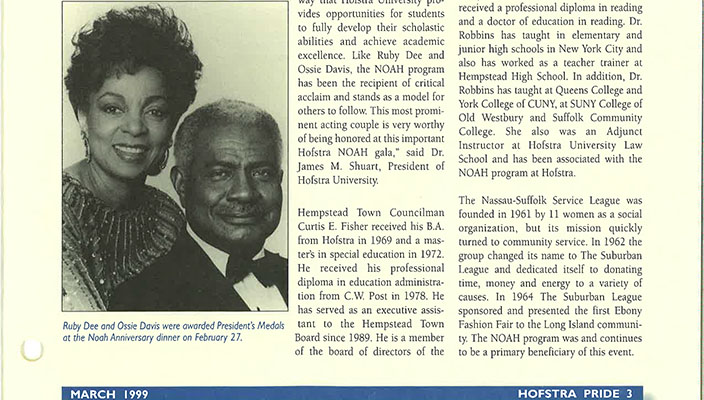 The Hofstra community is saddened by the passing of actress, writer and producer Ruby Dee, who received a Presidential Medal with her husband, Ossie Davis, on February 27, 1999, for their substantial contributions to the performing arts and the Civil Rights movement. The couple came to campus to celebrate the 35th anniversary of the NOAH program (New Opportunities at Hofstra).

Hofstra’s Presidential Medal is one of the most prestigious awards the university can bestow, and it is awarded in recognition of outstanding career achievement, professional leadership, public service and humanitarian endeavors.

Cover photo: A March 1999 University newsletter did a story about the presidential medals bestowed on Ruby Dee and Ossie Davis during the gala celebrating the 35th anniversary of the NOAH program