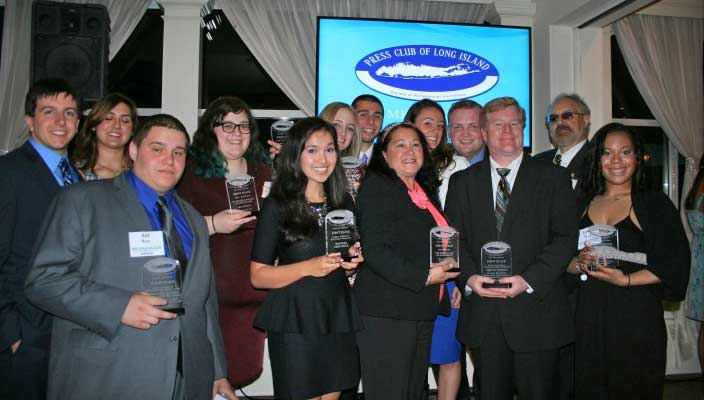 The Hofstra Chronicle won “College Newspaper of the Year.”

Hofstra journalism professor Mario Gonzalez took first and third-place awards, respectively, for his work on the environmental video “Long Island’s New Farmers” and sports feature video “Chris Weidman: “I Was Destined for This” – both stories that he did while on staff at Newsday.

The Hofstra student winners include: