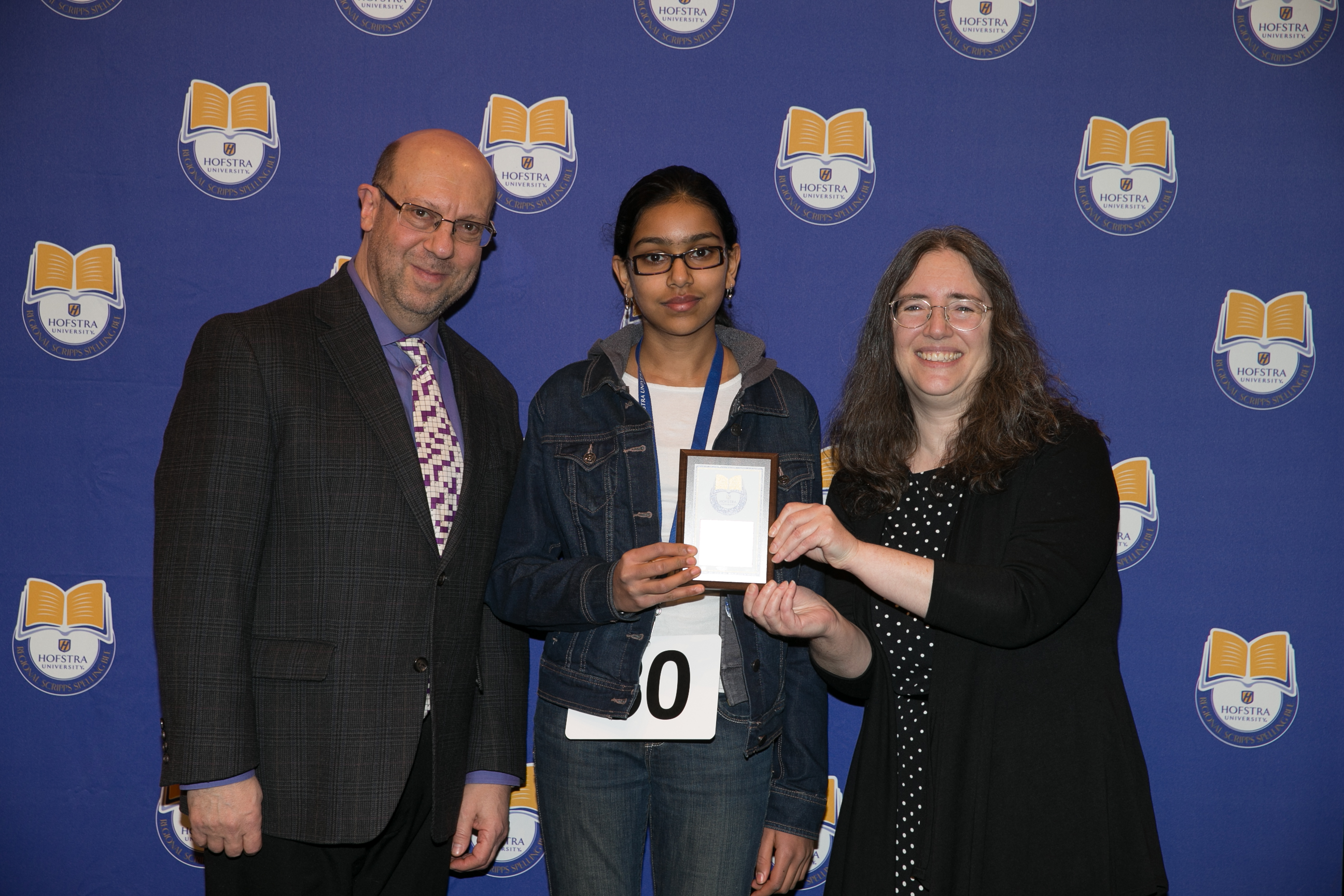 Hofstra is proud of Long Island’s Jhanvi Ravishankar for her participation in the 2014 Scripps National Spelling Bee.  Held this week in Washington, D.C. Jhanvi competed with 281 of the best spellers from across the country.

Jhanvi took first place in the Hofstra Long Island Regional Spelling Bee held on February 9, 2014. She is an eighth-grader at Great Hollow Middle School in Nesconset, NY.  Her winning word was “rorqual,” a type of whale. Prior words she answered correctly were “kakistocracy” and “verdigris.”  This year’s competition began with over 105 fourth- through eighth-grade students from schools across Nassau and Suffolk counties.  View the 2014 Hofstra Long Island Regional Spelling Bee Program here.

Winners of Past Bees: