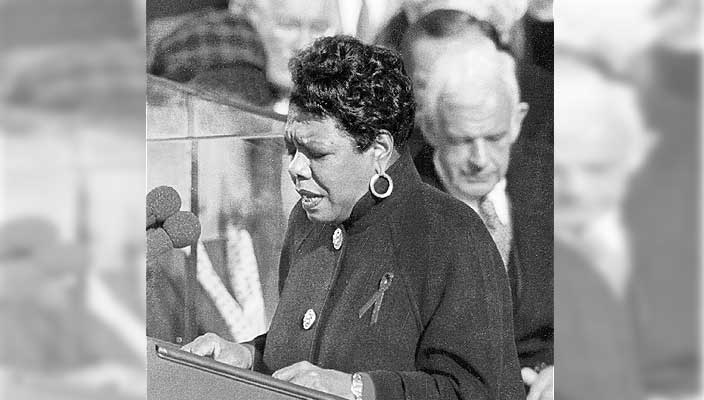 The world was saddened by yesterday’s announcement of the death of celebrated poet and Renaissance woman Maya Angelou, at the age of 86 . Hofstra professors from different academic areas on campus were asked to contemplate her impact on the arts and society. 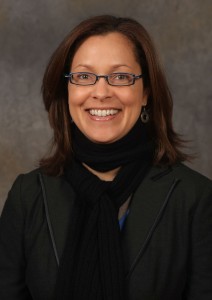 Long before Oprah did it for millions of television viewers, Maya Angelou was revealing the truth of her life experience in prose that was so powerful and raw that you couldn’t bear to turn away. She influenced so many of us young writers who were reading her autobiographical works throughout the 1970s and 1980s. I will be forever grateful for her clear, proud voice and wisdom. 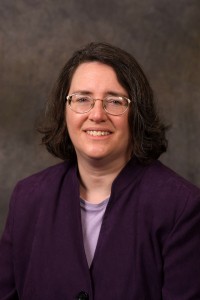 The excerpt from I Know Why the Caged Bird Sings that I teach in my Women’s Studies class on “Growing Up Female in America” is always one of the pieces students remember best and connect with most.  Angelou had a great gift for sharing her experiences with people of all backgrounds in an engaging way that made her readers thoughtfully examine their own experiences and assumptions. 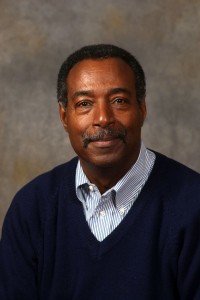 Maya Angelou, iconic African American writer and spokesperson, passed away on May 28, 2014, at the age of 86. Having been the Reynolds Professor of American Studies at Wake Forest University, Angelou was a towering figure in the world of letters and recipient of the Presidential Medal of Freedom. Her rise to literary fame followed the publication of the first of her many autobiographical works, I Know Why the Caged Bird Sings (1969), with the urging of James Baldwin and echoing lines from the verse of black poet Paul Laurence Dunbar. Angelou was also a poet of great achievement, and students of African American literature are often drawn especially to her 1978 poem “Still I Rise,” which embodies her life’s work in its representation of women’s empowerment, racial justice, anti-oppression, and historical accuracy.

Born Marguerite Ann Johnson on April 4, 1928, in St. Louis, Angelou overcame the difficulties of racism and impoverishment in the rural South of Arkansas–as in her poem “My Arkansas”–to achieve a career as a dancer and stage performer in the 1950s, having toured internationally in Porgy and Bess. A civil rights activist, she established friendships with both Martin Luther King, Jr, and Malcolm X.

We should also remember her internationalism during the 1960s when African Americans looked to Africa when the continent was in its primary phase of decolonization. In All God’s Children Need Traveling Shoes (1986), her recollection of her sojourn in Ghana is a primary source for understanding the motives for expatriation and returning to the “motherland.” She also epitomizes the importance of reading as a way to discover one’s own personal and literary voice. In many ways, it is her voice as heard from numerous podiums over the course of her extensive career that places her in the tradition of Sojourner Truth. Who can forget Angelou’s elegant poem “On the Pulse of Morning” delivered at the 1993 inauguration of President Bill Clinton? As in lines from “Still I Rise,” Angelou brought us all the “gifts” of her “ancestors.” 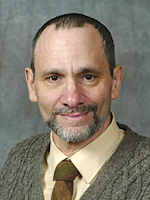 As a teacher and an activist Maya Angelou has always been one of my guiding lights. She was multi-talented and incredibly successful, but she always remembered that the purpose of her gift was to speak out for justice, education, and equality for all people. That was her most beautiful poetry. 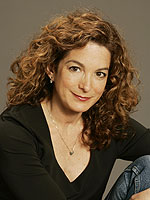 As I think about the question of Maya Angelou’s legacy I am struck by the vast outpouring of reflections – and the sharing of her writings – on social media over the past 36 hours. Many current and former students have uploaded her words, and statements about how her life/art impacted them.

At the most recent Drama Department auditions we asked students to prepare a dramatic monologue constructed out of poetry. Emily Dickinson and Angelou were the poets whose work we heard most often. I look back on those performances packed with the power and resonance Angelou’s words had for our students and recognize that one of the gifts Angelou gives us – in her remarkable life – and art – is a model of brave and brilliant artistic multi- and inter-disciplinarity. Angelou continually crossed racial, gender and creative boundaries, re-inventing herself, inspiring others. She performed the possibilities – reveling in freedom of expression (against great odds), speaking, singing and dancing with fervor and beauty – on the page and on the world’s stages. So full of hope for us all. 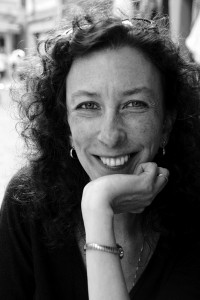 Maya Angelou’s 1969 memoir I Know Why the Caged Bird Sings is a moving account of her childhood and the forces that shaped her as a writer.  The book serves as both a searing portrait of the pre Civil Rights era South as well as an account of the travails and triumphs of Angelou’s early years.  In it Angelou recounts episodes of childhood trauma, including abandonment by her parents, rape, and a five year period when she stopped speaking altogether.  She also provides loving portraits of the strong willed grandmother who raised her and of her brother and confidante, Bailey. The book is notable for its humor, empathy, and absolute lack of self-pity even in its depiction of harrowing events. 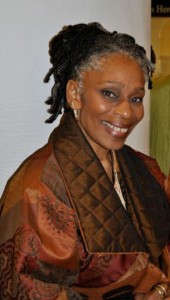 In the early days of Maya’s adulthood she was “moved” by The Dance. That sensation, that spiritual awakening, allows the body its freedom of expression. One of her earliest teachers was the famous Pearl Primus, another activist and warrior of human rights. When Maya’s dance career ended she continued to channel The Dance in her language, her poetry , essays, and novels. This is why we are all so so so moved when reading or listening to her works; there is a kinetic sense in the language.

How blessed are we all !