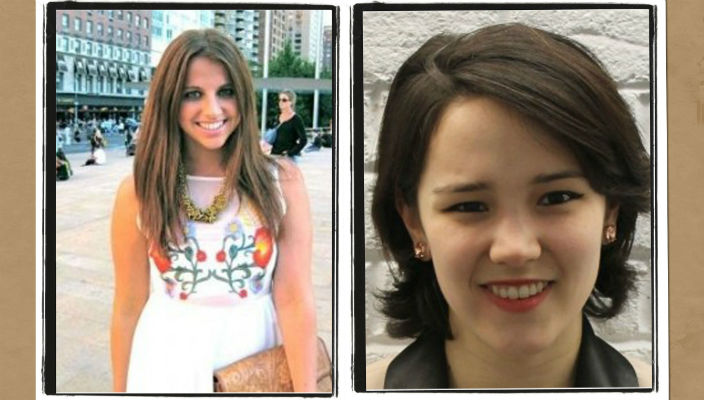 Vanessa Powell (above, left) and Elisa Tang (right), juniors in the Lawrence Herbert School of Communication, are recipients of this year’s New York Women in Communication (NYWIC) scholarships, which are awarded on the basis of academic excellence, need, and a demonstrated commitment to the communication industry.

Powell and Tang, along with 16 other regional winners, will be honored on Monday, April 28 at the NYWIC’s Matrix Awards luncheon in New York City.   This year’s event will be hosted by Kathie Lee Gifford and Hota Kotb from the fourth hour of NBC’s “Today” show; presenters include Queen Latifah, Christiane Amanpour, and Gloria Steinem.

Powell is majoring in public relations, and has completed internships with Redbook, Ralph Lauren Global, and Cameo PR.   She has written for CollegeFashionista.com, volunteered at Teen Vogue events, freelanced for Better Homes & Gardens, and recently started her own style blog called The Styleness.

Tang, who is studying broadcast journalism, has worked as a production intern at MTV Digital, a writer for Hofstra Today, and a contributing writer at TheCelebrityCafe.com.   She is also assistant news editor at WRHU 88.7 FM Radio Hofstra University, where she is a host of “Morning Wake-Up Call” and the producer of her original talk show, “Inspiration and Sass.”

The NYWIC Foundation is a public charity founded in 2000 that helps women successfully enter the communications industry with financial support, professional guidance, and educational programs.  It is the largest foundation for communications scholarships for women in the tri-state area.

Read more about Vanessa Powell and Elisa Tang in ScoScoop.