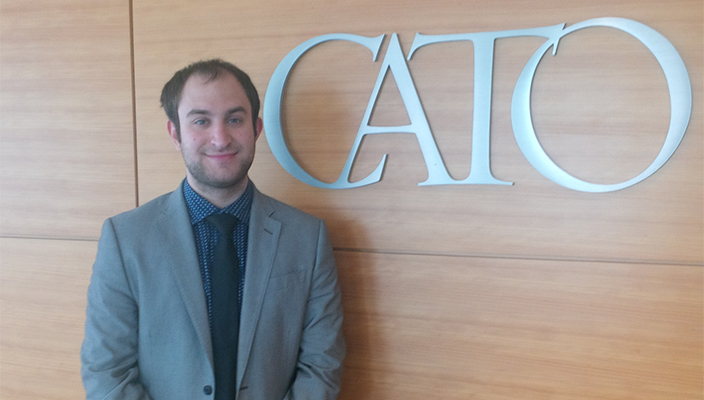 Matthew La Corte has long had an interest in history and politics. At one point the political science major dreamed of becoming the youngest Congressman in his home state of New Jersey. As he pursued his interests in government and history in high school and Hofstra, he realized he was drawn more to the “institutional side” of politics. This spring semester, the Hofstra junior is living in Washington DC, working as a public policy research intern for the Cato Institute – a think tank – where he is focusing specifically on tax and budget issues. 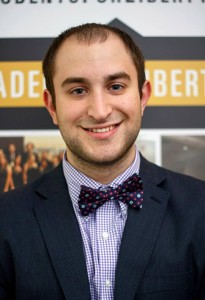 As a research intern for Cato, Matthew says, “Each day scholars at the Institute ask me to look into specific issues and ideas that are current in the news cycle. My research helps them produce articles, blogs, testimony in front of Congress, and even book projects that they are working on.”

Although moving outside the tri-state area was initially a little daunting, Matthew jumped at the prospect of interning for Cato when the opportunity arose. “I’ve been an avid follower for some time of the research that Cato has been producing. I knew I wanted to intern in DC during my career here at Hofstra. I wanted to see if research would be a path that I’d want to pursue in the future.”

Prior to his internship, Matthew was able to immerse himself in all the Hofstra offerings made possible by hosting the fall 2012 presidential debate between President Barack Obama and Mitt Romney. “I volunteered in the debate hall. I was given the opportunity to test out the microphones and cameras, working on the event stage while President Obama and Governor Romney were there. It was incredible, and I was lucky to have also been offered a ticket to attend the debate. As a politics nerd it was very fun for me and a great semester. It was an experience that I’ll never forget.”

Spending this semester off-campus in the nation’s capital took some getting used to. Matthew says his transition from his home in Passaic County to Hofstra was easy, but he had never lived “outside the tri-state area. So going down to DC and living there has been a whole new experience.” The challenge, he says, is staying on top of course requirements that allow Matthew to earn credit for the internship.

“It’s very easy to fall into that DC bubble. I wear a suit every day. I work from 9-5. I’m not in the ‘student mode.’ I stay in contact with Professor [Rosanna] Perotti and Professor [Meena] Bose so I’ll be prepared for the classes I’m taking my senior year.”

Two and a half months into his internship at Cato, Matthew has as much enthusiasm as he did on his first day. “I get to work early, and I leave late. I’m having a wonderful time. It’s been a great experience living and learning with other interns and having the opportunity to experience the DC lifestyle.”