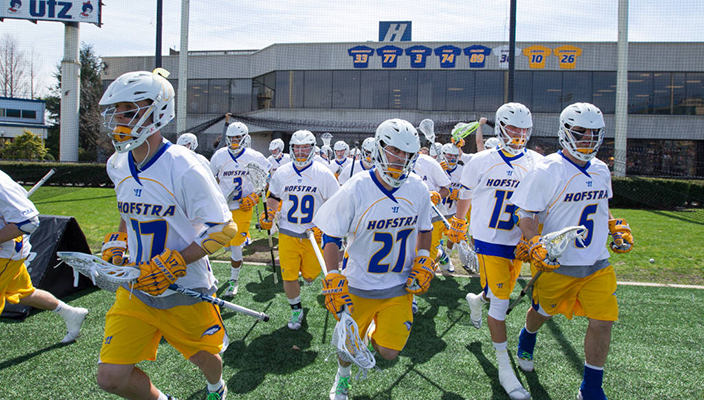 Hofstra, which has now been ranked in the Top 20 by all three polls for four consecutive weeks, is coming off an 11-6 win at Massachusetts last Saturday night. The win boosted the Pride record to 10-3 overall and 4-0 in the Colonial Athletic Association as Hofstra secured the top seed for the four-team CAA Championship Tournament which begins on Wednesday, April 30.

The Pride will host the fourth seed in the CAA Championship on April 30 at James M. Shuart Stadium at 7 p.m. Drexel (9-4, 4-1), the number two seed, will host the other semifinal. Towson (8-5, 2-3) has also secured a spot in the CAA Tournament. The third and fourth seeds will be determined this weekend as the CAA regular season concludes. UMass (7-5, 1-3) is at Delaware (6-8, 0-4) on Friday night and Hofstra travels to Penn State (6-6, 2-2) for a noon game on Saturday which will determine the final two spots. The CAA Championship game will be held on Saturday, May 3 at the site of the higher seed at a time to be determined.

In this week’s Division I poll, the first four places in the three rankings are identical with Loyola first, followed by Duke, Denver and Syracuse. Maryland is fifth in the coaches poll, Johns Hopkins is fifth in the media poll and North Carolina is fifth by Lacrosse Magazine. The second five in the coaches poll has UNC sixth, followed by Hopkins, Virginia, Notre Dame and Penn. Cornell is 11 and the Pride is 12th.