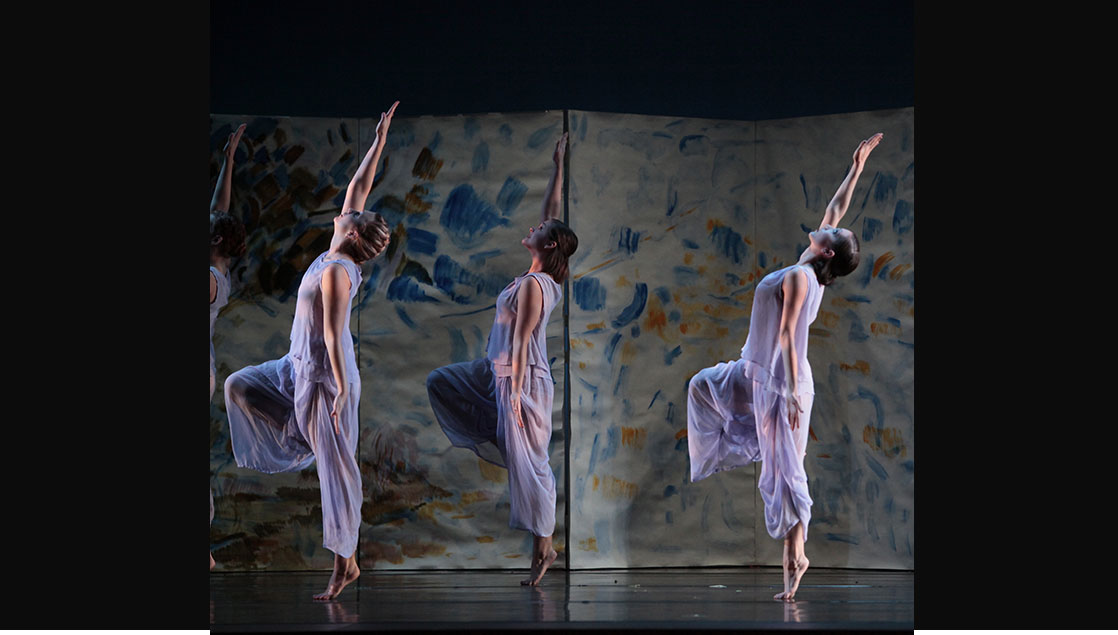 Tickets are $12; $10 for senior citizens (over 65) or matriculated, non-Hofstra students with I.D. Members of the Hofstra community receive two free tickets upon presentation of a current HofstraCard. For tickets and more information call the Hofstra Box Office at (516) 463-6644, Monday through Friday, 11 a.m. to 3:45 p.m.

Known for his wit, intelligence, ingenuity, and uncanny physical humor, Seán Curran successfully blends myriad influences into a purely original style. A champion Irish step dancer in his native Boston, Curran went on to become a leading dancer (and Bessie Award winner) with the Bill T. Jones/Arnie Zane Dance Company, and later an original NYC cast member of STOMP! In 2012 Seán Curran Company was chosen by DanceMotion USA (produced by the Brooklyn Academy of Music) to perform and teach throughout Central Asia as cultural ambassadors of the US State Department. In addition to creating dances for his company, Curran frequently choreographs for opera productions and has also recently been named the co-chair of Dance at NYU’s Tisch School of the Arts.

Lindsey Leduc graduated cum laude from Hofstra University in 2004. Her choreography was showcased at the American College Dance Festival 2003 gala and, while in New York, she also performed with Robin Becker Dance. She earned her Actors Equity card performing off-Broadway under Hinton Battle and went on to Chicago to study at the Giordano Dance School. She was promoted to Giordano II and then to Giordano Dance Chicago where she remained for seven years performing and teaching, nationally and internationally. Now working as an independent artist, Leduc continues to travel extensively. In 2013, she was featured on the cover of Dance Magazine and also contributed an article, “Why I Dance.”

About the dance pieces to be presented:

A new work by Maxine Steinman juxtaposes the organic and the mechanical. Using music from the European groups Loscil, Swod, and the composer Marsen Jules, Ms. Steinman explores man’s journey from the primitive to the intellectual.

Branching Waters, choreographed by Robin Becker, is a sweeping lyrical work set to the first movement of Rachmaninoff’s 3rd Piano Concerto. This work is a celebration of the relentless movement of water, and all the complex life forms it nourishes and sustains. The lush romantic music captures and expresses the many changing states of water – from rapids and thunderous waterfalls to quiet streams, still ponds, and gentle mist. Among the many characteristics of the traveling nature of water is its fundamental effort to branch out and connect with other bodies of water.

SoundForest, choreographed by Anita Feldman, creates layers of tapping rhythms, along with electronic processing of the sounds and music by Arthur Solari, played live by Mr. Solari and Jordan Chiolis. It is inspired by the quiet of a winter’s dusk, and the interspersed, unexpected, and sometimes hidden sounds and movements among the trees. Luiza Karnas, a visiting dance student here at Hofstra on scholarship from the Brazilian government, will be featured as a soloist and assistant choreographer.

Barbara Angeline has choreographed eat Crow which explores the relative idea of “freedom” in the 1920s, through the eyes and inspiration of Josephine Baker. This historical collaboration with the iconic Baker and 1920s jazz dance illuminates the kinesthetic experience of black and white performers of that era, juxtaposing those dancers who had loose, unrestricted “Freedom of Body” but limited space to advance in the world, and those who had literal and figurative “Freedom of World” but were relatively restricted in body movement.

Guest choreographer Seán Curran contributes Symbolic Logic, which has been staged for the Hofstra students by faculty member Heather Waldon, a long-time performer in Curran’s dance company. Symbolic Logic is a dance for 10 that incorporates modified movement styles appropriated from traditional East Indian Dance forms. The work is set to the contemporary music of Indipop composer and singer Sheila Chandra.

Guest choreographer and Hofstra alum, Lindsey Leduc will present an original piece, PUSH. Lindsey writes: “This is a dance inspired by the cyclical rising and falling that is intrinsic to being human. All the pieces come together only to fall apart, and come together again and fall apart, over and over again. This universal condition is what makes us the same. The work is also an ode to those who we find along the way in our journeys who help us push and navigate forward.”