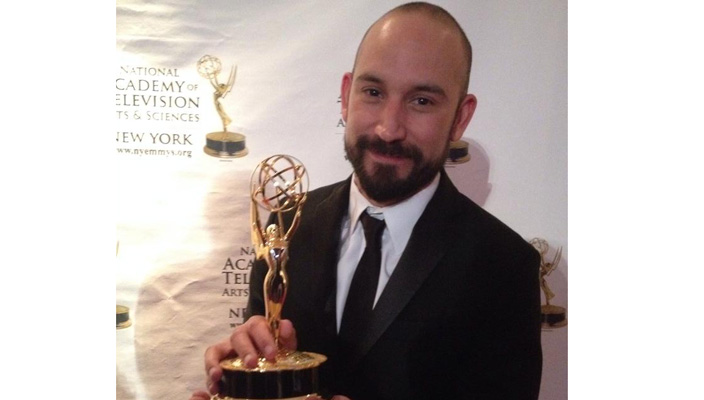 Mario Gonzalez, assistant professor of journalism, media studies, and public relations in the Lawrence Herbert School of Communication, has won a New York Emmy Award for his work as an editor on a Newsday.com story about a new type of farmer on Long Island’s East End.   “The New Farmers” (August 2013) won in the environment: program/special category.

He had also been nominated for his work as editor or videographer on two other stories in news and sports categories.

Winners were announced last night at the 57th Annual New York Emmy Awards gala at the Marriott Marquis in Times Square, hosted by the New York chapter of the National Academy of Television Arts and Sciences.