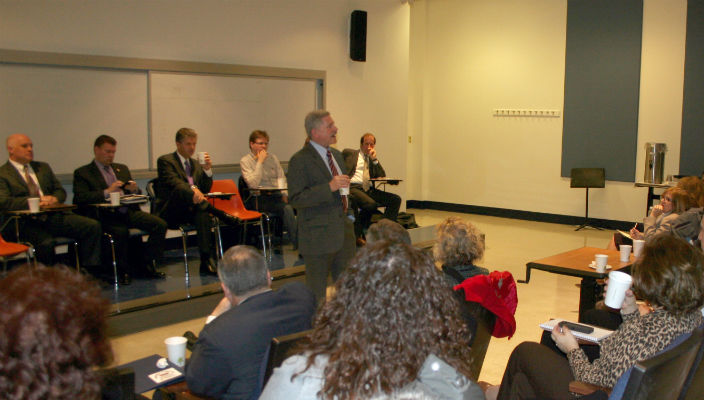 A standing-room-only crowd of school and county administrators, police information officers, reporters, lawyers, and student journalists gathered earlier today for a spirited conversation about the Freedom of Information Law (FOIL), which allows the public access to unreleased government records.

The event was co-sponsored by the Press Club of Long Island and the Department of Journalism, Media Studies, and Public Relations in the Lawrence Herbert School of Communication, and was held in honor of Sunshine Week, a national initiative by the American Society of Newspaper Editors to encourage discussion about the importance of understanding and preserving an open and accountable government.

Guest speaker Robert Freeman, executive director of the New York State Committee on Open Government, outlined the Freedom of Information Law in New York and reviewed cases where it helped uncover cases of financial fraud or prompted a closer examination of controversial practices such as Stop and Frisk.