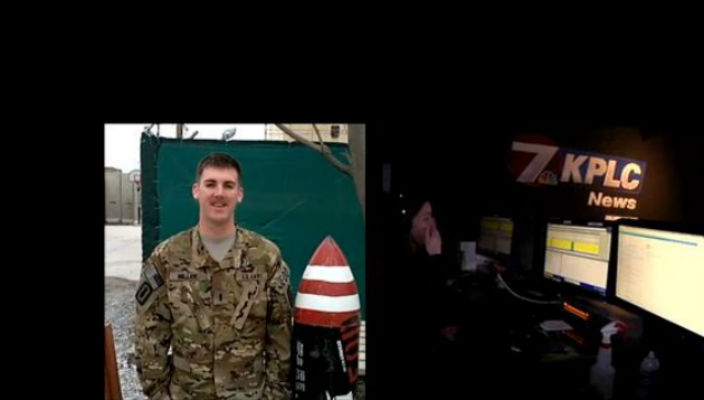 Erin (Thompson) Miller, a producer for KPLC -TV in Lake Charles, Louisiana, got a very special birthday gift from her husband, Graham, an Army first lieutenant serving in Afghanistan, on Friday when her colleagues arranged for Graham to surprise Erin with a videotaped message  that aired during the early morning news.

Erin, a film studies and production major, and Graham, a political science major, both graduated in 2011, according to their wedding website. They met at Hofstra, while working for Event Management. They were married in August 2013. Erin is a producer for the Sunrise news program at KPLC. Graham is a platoon leader at the 705th Explosive Disposal Company, which is based in Louisiana.

Photo:  Erin Miller, a producer at KPLC-TV in Louisiana who turned 25 on Friday, watches from the station’s control room as her husband, Army Lt. Graham Miller, wishes her a happy birthday from Afghanistan.