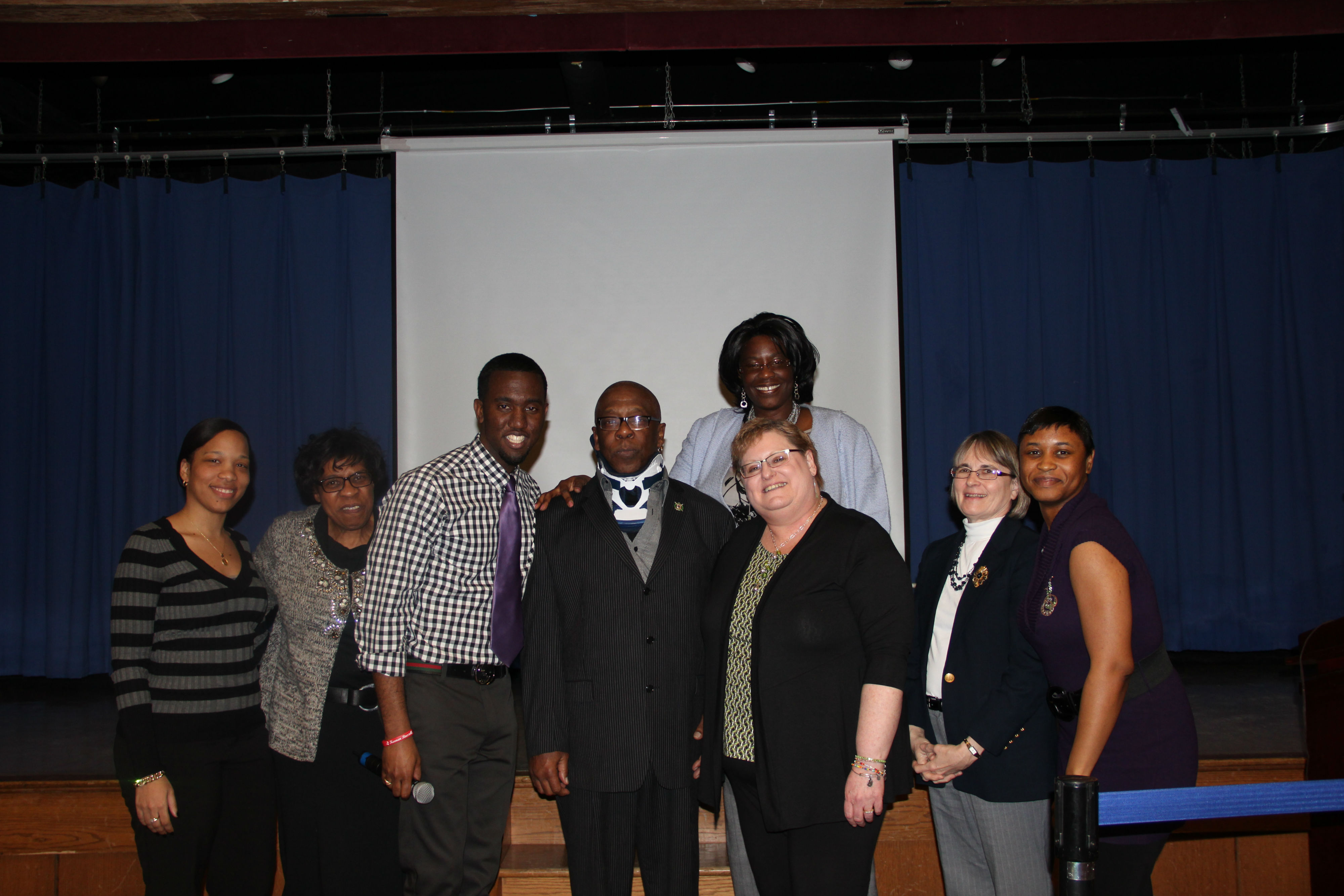 As part of Hofstra’s Black History Month programming, the university presented a screening of “It’s Showtime!” – a documentary by a local filmmaker about the Uniondale High School marching band.  The film by Long Island filmmaker, Jordan Crafton, centers on the relationship of the Uniondale High School marching band with its director, Mr. Frank Abel. The documentary shows how under Abel’s leadership, the band bonded and rose to national success.

After the screening, Crafton answered questions about his film and discussed his experience as a young, black filmmaker on Long Island. Mr. Abel also responded to questions from the audience, and shared stories about his decades of teaching music in the Uniondale School District.  The event also featured the musical accompaniment of Mr. Crafton’s musical colleagues who collaborate with him on his many artistic endeavors.  The event was part of Hofstra University’s Black History month and was sponsored by Long Island Studies Institute and Hofstra University Archives and the Multicultural and International Student Programs Office.