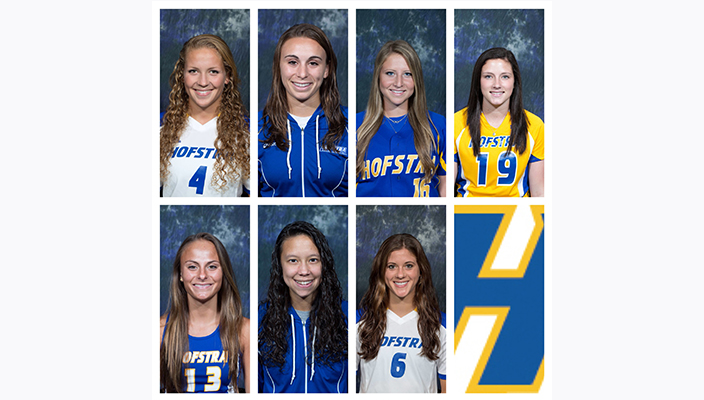 The Hofstra University Department of Athletics is proud to recognize an impressive group of student-athletes as seven were recently named to the University’s Provost’s List.

To earn Provost’s List distinction, a Hofstra student must have achieved a perfect 4.0 grade point average during the previous semester and completed at least 12 semester hours.

“This group has placed an emphasis on excellence in the classroom and in the competitive venues,” commented Hofstra Vice President and Director of Athletics Jeffrey A. Hathaway. “We  join Provost Berliner in congratulating these seven student-athletes as well as all other Hofstra students that earned this special academic recognition.”

The Hofstra University Department of Athletics will honor all of its student-athletes who have achieved at least a 3.0 grade point average at its annual academic achievement night on Wednesday, February 19 at halftime of the Hofstra versus Delaware men’s basketball game.