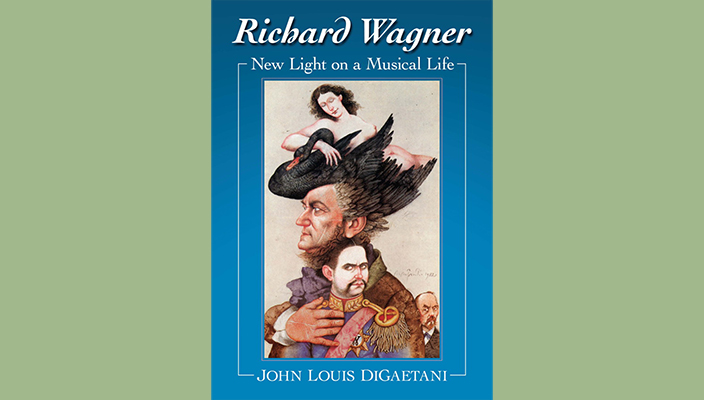 Dr. John DiGaetani, professor of English and director of the Hofstra in London program, is celebrating the publication of his latest book, Richard Wagner: New Light on a Musical Life (McFarland & Company, Incorporated Publishers, 2014).

This is a new biography of the German composer Richard Wagner, 100 years after his birth, re-examining his life in light of new documents and new sensibilities. Since World War II Wagner has often been wrongly associated with Adolf Hitler, who liked Wagner’s music and used it in Nazi propaganda. But Wagner died in 1883 – 50 years before Hitler’s regime. Dr. Gaetani writes that it is time to have a fresh look at Wagner’s life in terms of new realities and without the Nazi associations which he does not deserve. His life was a series of abandonments and traumas, for the self-destructive but creative genius, in which he tried to survive as a freelance composer in the hostile environments of l9th century Germany.