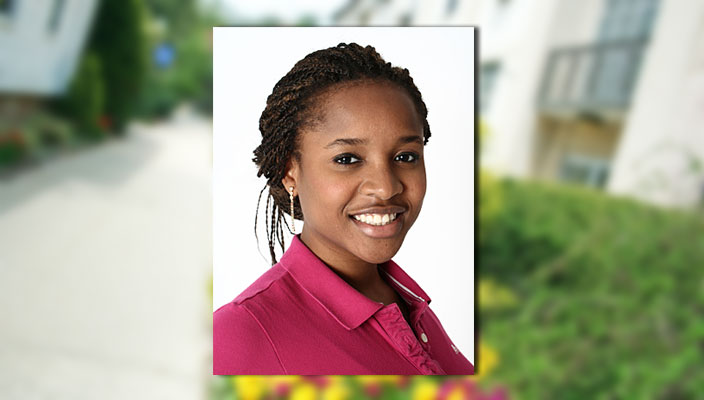 Claudia Balthazar ’14 has been selected to participate in the national News21 program, a prestigious investigative journalism fellowship from the Carnegie-Knight Initiative on the Future of Journalism Education.  She is the first student from Hofstra University to be accepted to the program.

News 21 fellows conduct in-depth reporting and produce multimedia stories on an issue of national importance, and this year, Balthazar and 20 other top other top journalism students from around the country will tackle gun control and Second Amendment rights.

They will spend the spring completing an online seminar to prepare for the 10-week paid summer fellowship at Arizona State’s Walter Cronkite School of Journalism and Mass Communication. There, they will work under the direction of News21 Executive Editor and Pulitzer-Prize winning investigative journalist Jacquee Petchel.

“I was really eager to pursue this opportunity because this year’s topic is on gun policy, and I’m already carrying out a one-year independent study on gun control in Hempstead,” said Balthazar, referring to Hofstra’s surrounding community.  “This is an exciting way to further my own research, and I’m honored to be selected.”

News21 was launched in 2005 by the Carnegie Corporation of New York and the John S. and James L. Knight Foundation to help train a new generation of journalists. Nearly 500 journalism students have since participated in the program, and their work has appeared in national media outlets including The Washington Post, msnbc.com, and the Center for Public Integrity.  In past years, fellows have investigated issues such as voting rights, transportation safety, and the problems plaguing post-9/11 veterans.

Balthazar, a senior journalism major in the Lawrence Herbert School of Communication, is president of Hofstra University’s Association of Black Journalists. Under her leadership, it became an affiliate student chapter of the National Association of Black Journalists last year.  She is also the recipient of the 2013 Fox News Channel University/Ailes Rising Apprentice Scholarship and the 2013 New York Women in Communications Scholarship, and a contributing writer for numerous campus publications.