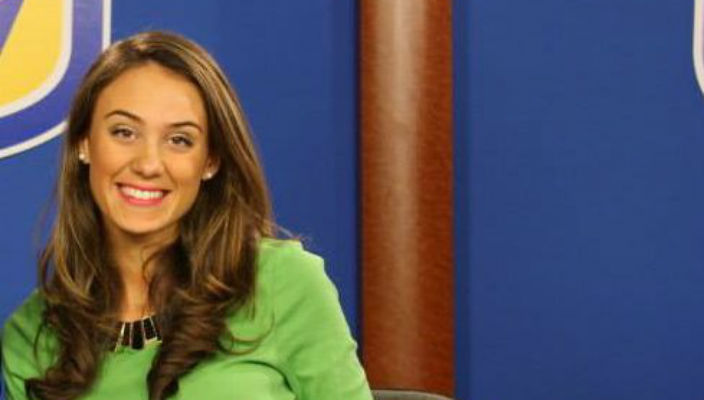 Shannan Ferry, a senior journalism major, has been awarded the Presidents Scholarship from the Radio Television Digital News Association (RTDNA), the world’s largest organization for electronic news professionals. The $1,000 prize is given in honor of past RTDNA presidents.

Ferry, the station manager at WRHU 88.7 FM Radio Hofstra University and a Fox News college reporter, has already distinguished herself as a promising journalist, having won awards and scholarships from the Press Club of Long Island, Women’s Press Club of New York State, and the Fair Media Council, among others.  Earlier this year, she won a national Gracie Award for outstanding interview program from the Alliance of Women in Media Foundation, and was also one of three Hofstra students who won the Fox News Channel College Challenge for best video news package.  She’s also reported on camera at the 2012 presidential debate hosted by Hofstra and from the floor of the Republican National Convention, and has interned at NY1.

“It’s always nice to know your hard work is being recognized, but especially when it’s from a prestigious organization like RTDNA,” said Ferry.  “Two alumni [John Santucci ’11 and Kim Saltmarsh ’09] also received this award during their time at Hofstra, so I was thrilled to get the phone call and follow in their footsteps.”