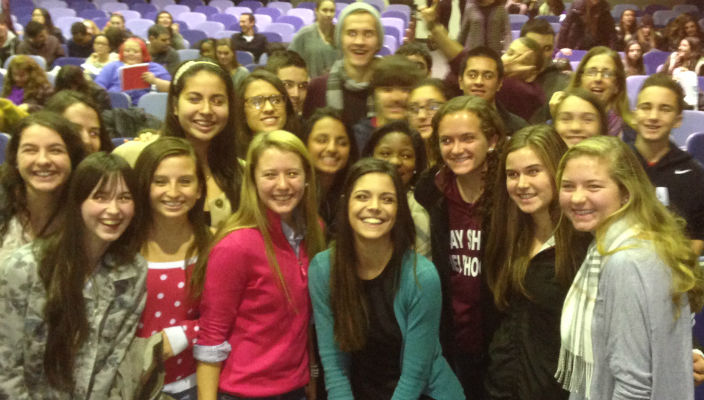 More than 140 students from across Long Island interested in a journalism career were on campus today for Hofstra’s annual High School Press Day.  The popular event brings top professionals in online, print and broadcast media together to discuss how they do their jobs in a rapidly evolving industry.

This year’s keynote speaker was Katie Nolan, co-host of the national cable show “Crowd Goes Wild” and a 2009 graduate of the Lawrence Herbert School of Communication. She gave a humorous and inspirational talk about how a series of YouTube videos she created and produced eventually led to being noticed by Fox executives.   “Crowd Goes Wild” airs daily on the recently launched national channel Fox Sports 1 and co-stars longtime broadcaster Regis Philbin.

“It was a really great day. Katie Nolan in particular was really relatable,” said Kate O’Sullivan, a junior at Babylon High School, where she works as an editor on the school’s virtual newspaper, panthertales.org. Inspired by Nolan’s success, she and her classmates plan to create a weekly segment on YouTube that can be used on their online site.   They also attended the social media workshop, led by blogger and 2009 alumna Delia Paunescu of New York magazine, who stressed the importance of fact-checking stories especially on a medium like the Internet. “We learned a lot and have a lot of new ideas that we want to try at our school paper,” said O’Sullivan.

Other journalists and experts who were panelists and workshop leaders during Press Day were: 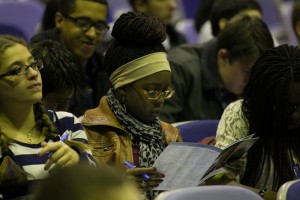 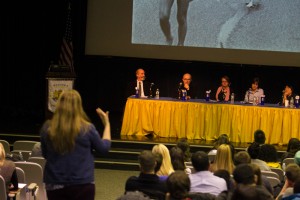 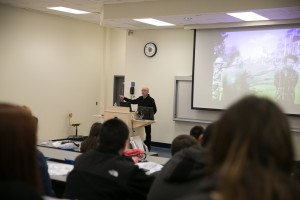 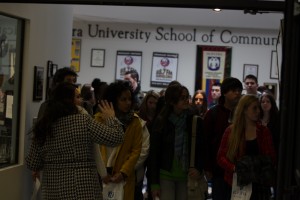 Merry TubaChristmas! Musical Tradition to be Featured on CBS Sunday Morning
Happy? Holidays ~ Why the Holiday Season Can Put a Strain on Relationships