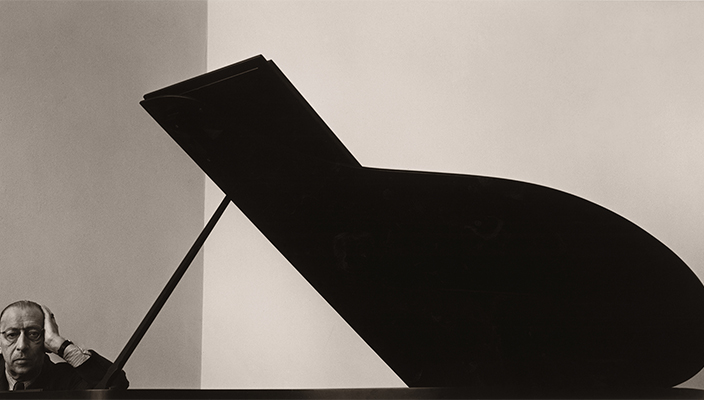 This the final week to see the exhibition Arnold Newman: Luminaries of the Twentieth Century in Art, Politics and Culture at the Hofstra University Museum’s Emily Lowe Gallery. The show, on display until Friday, December 13, features photographic portraiture by American artist Arnold Newman. This show is organized by art2art Circulating Exhibitions.

Recognized as the “Father of Environmental Portraiture,” Newman was influenced by the school of modernism, and felt his work “reflects me, my fascination with people, the physical world around us, and the exciting medium in which I work.”  Arnold Newman: Luminaries of the Twentieth Century in Art, Politics and Culture includes photographic portraits of innovators of art, comedy, literature, music, politics and science, such as Salvador Dali, Pablo Picasso, Leonard Bernstein, Woody Allen, Jonas Salk, John F. Kennedy, Eleanor Roosevelt and Bill Clinton.

For more information on this exhibit, spring 2014 exhibits and other public programs please call (516) 463-5672 or visit the Hofstra University website at hofstra.edu/museum.