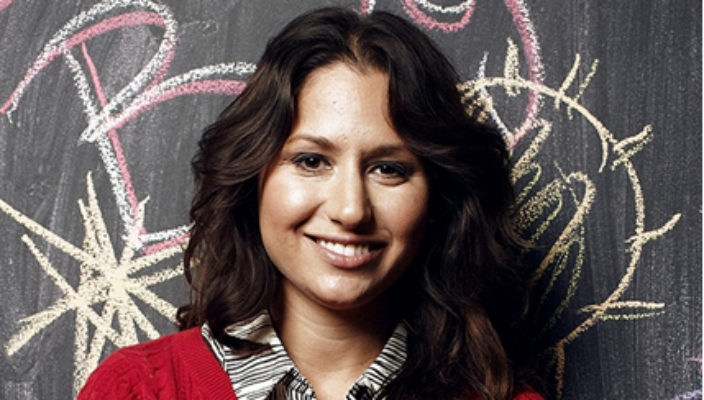 Persistence and perseverance are two essential qualities every student needs if they want to score an internship, author Lauren Berger, CEO and founder of internqueen.com, told Hofstra public relations students this week.

“I wasn’t afraid to put myself out there and tell people what I wanted to do,” said Berger, speaking to members of the Hofstra chapter of Public Relations Students Society of America (PRSSA). “Get comfortable being a little uncomfortable.  You need to break free from that comfort zone to get to where you want to be.”

Author of national campus best-seller, ALL WORK NO PAY: Finding An Internship, Building Your Resume, Making Connections and Gaining Job Experience (Ten Speed/Random House), Berger offered tips on finding internships and making the most of them.

Berger, known as The Intern Queen, created her website by the same name to help college students find internships.

She made cold calls to various public relations firms and agencies, even though her calls were often first met with rejection.

“Do not take no for an answer.  If someone gives you a no, it is your job to go out and make it a yes,” Berger said.  Turning no into yes was Berger’s key to success.  She was not afraid to network with colleagues at her internships.

“While interning at Fox, I e-mailed every executive asking to sit down for a meeting and get advice,” Berger said.  “I stayed in contact with these executives three times a year.”

Staying in touch is an important part of making the most out of an internship.  Berger benefited by using one of her connections from Fox to land a job at Creative Arts Agency, an agency that represented many celebrities in Beverly Hills, only two weeks after arriving in Los Angeles.

This story was written by Kerri Schreiber ’13