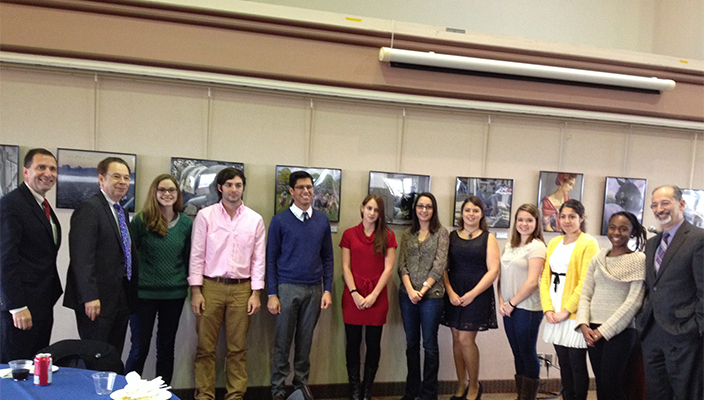 Nine Hofstra students from the College of Liberal Arts and Sciences were honored yesterday, October 30, at the Fall 2013 Phi Beta Kappa Book (PBK) Awards. The students – three sophomores, three juniors and three seniors – were selected by the Hofstra faculty PBK officers for maintaining a GPA of 3.9-4.0 and for high achievement in their major in the humanities, natural sciences or social sciences.

Congratulations to the following students:

Samantha A. Spagnoli, 20, of Dampmart, France
Class of 2015, dual major in English and global studies