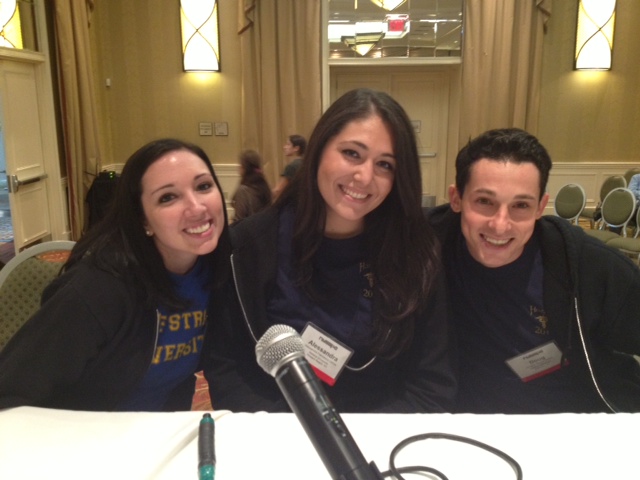 Hofstra students came in second in the New York State Society of Physician Assistants’ 2013 Medical Jeopardy tournament last weekend.    They defeated nine other teams before going up against opponents from the City College of New York  Physician Assistant Program at Harlem Hospital Center.

Pictured above, left to right, are Hofstra Medical Jeopardy team members Samantha Walther ’14, and Alessandra Letizia and Doug Yodice, who are both graduating this December.

“Alessandra, Doug and Sam did a great job representing Hofstra this past weekend at the state conference.  They advanced our team all the way to the finals,” said Carina Loscalzo, acting program director of the Physician Assistant Studies Program.  “Although Hofstra didn’t take the win, faculty and staff are extremely proud of Hofstra’s continued, strong presence on both the state and national level.”