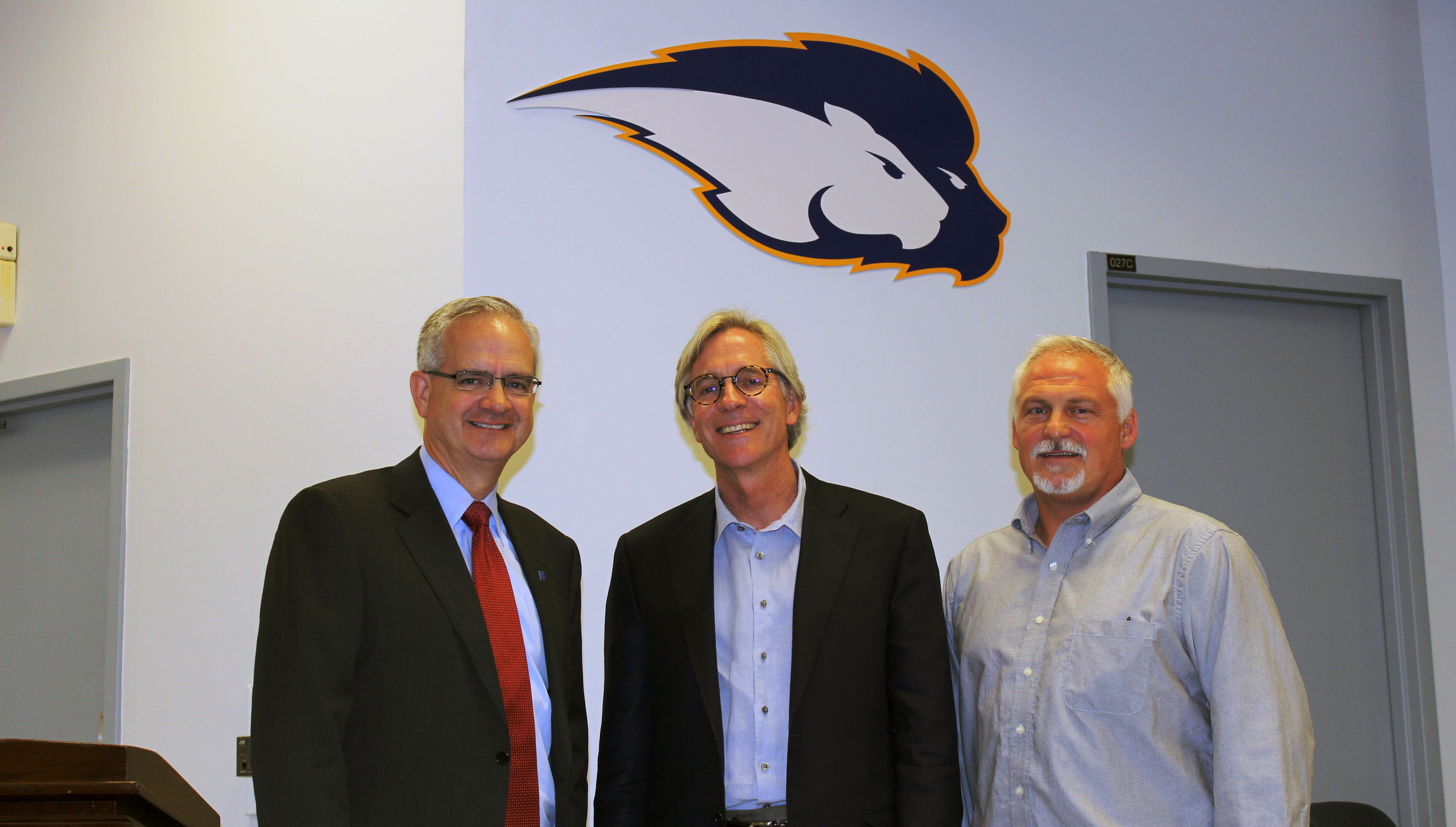 Dr. Brian Hainline, the NCAA’s first chief medical officer (CMO) , made a visit to Hofstra University on Tuesday, October 8 to speak about many of the issues facing the NCAA from a medical standpoint.

Dr. Hainline spoke to a group of University administrators, athletic training staff, student-athletic trainers and visitors from other institutions.

Hainline, a nationally respected neurologist and the top medical official of tennis’ governing body, was named to his post in October, 2012 and began as the NCAA’s CMO in January of this year.

Hainline is a leading sports medicine advocate with more than two decades’ experience in the field. A physician in private practice and medical professor, Hainline most recently served as chief medical officer of the United States Tennis Association (USTA).

As the Association’s first chief medical officer, Hainline will create a new Center of Excellence at the NCAA to function as a national resource to provide safety, health and medical expertise and research for physicians and athletic trainers. He also will oversee all student-athlete health and safety initiatives and coordinate with the NCAA’s main sports medicine panel, the Committee on Competitive Safeguards and Medical Aspects of Sports.

Hainline served as chief of neurology and integrative pain medicine at ProHEALTH Care Associates in Lake Success, N.Y. He also holds an appointment as a clinical associate professor of neurology at New York University School of Medicine. He served as chief medical officer for the U.S. Open Tennis Championships from 1992 to 2007 and was appointed chief medical officer of the USTA in 2008. In this role, he serves on the USTA’s Sport Science Committee.

Hainline’s background includes sports medicine experience with a number of leading organizations, including the United States Anti-Doping Agency and the United States Olympic Committee. He has authored or edited five books and numerous academic papers and chapters.

Hainline earned his bachelor’s degree at the University of Notre Dame, where he competed as a tennis student-athlete and was the team’s No. 1 singles and doubles player his senior year. He went on to earn his medical degree at the University of Chicago’s Pritzker School of Medicine and completed his residency in neurology at The New York Hospital-Cornell Medical Center.