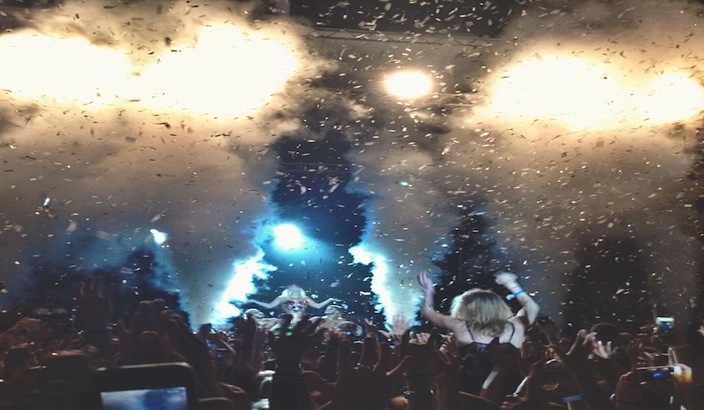 The #Hofstra tag was buzzing with pictures from Fall Festival. Ke$ha had the most photos taken during her performance but Sugar Ray and Aziz Ansari also had their fair share of smartphone photos uploaded to Instagram. Based on the quality of these photos, smartphone cameras have come a long way since their debut!

DJ Whatever pumping up the crowd as they wait for Ke$ha!

While many of Sugar Ray’s songs were written more than 15 years ago, the students were bopping along to their set!

Students, alumni and parents enjoying the Carnival on the Intramural fields!

Fireworks after the conclusion of the Vibe Live concert

Looking toward the Unispan from the Axinn Library

The leaves on campus are starting to change colors as autumn begins.

Getting ready for soccer at Hofstra Soccer Stadium.

A peaceful morning by the John Cranford Adams Playhouse.

The view from behind Walter on Calkins Quad.