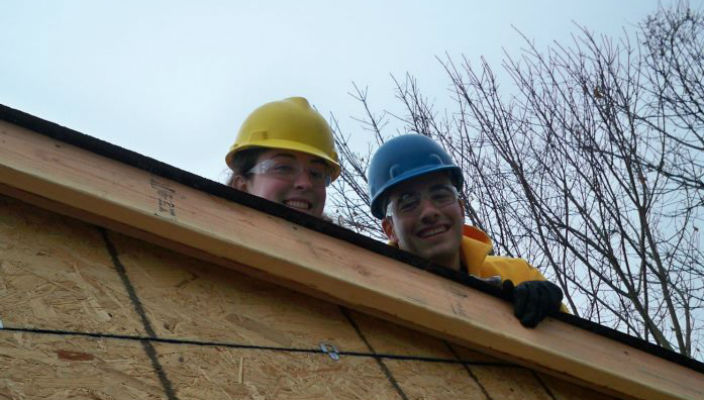 Hofstra University’s “Hope for Humanity” student club was recognized this week as an official campus chapter of the national Habitat for Humanity organization, making it the first collegiate chapter in Nassau County.

Founded in September 2012 by students George Calvo ’15 and Megan Kennedy ’14, the Hofstra club has since helped rebuild five homes in Nassau County and also took part in cleanup efforts in Long Beach after Superstorm Sandy.  The group was honored as Hofstra’s Politically/Socially Active Club of the Year by the Office of Student Leadership and Activities (OSLA).

Calvo and Kennedy got the idea for the club after attending an Alternative Spring Break program with Habitat for Humanity, an international non-profit that helps build or repair affordable homes for people in need. 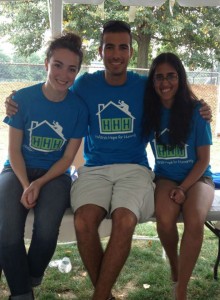 “George and I knew this could be a very successful club here at Hofstra,” said Kennedy, a senior with a double major in marketing and accounting.   The first meeting drew 90 students, steadily growing to more than 150 members.

“Our success is due to the students in our club who work so hard, the support of our administrative support Terry Greis, and the OSLA department,” said Calvo, who is studying math and computer science.