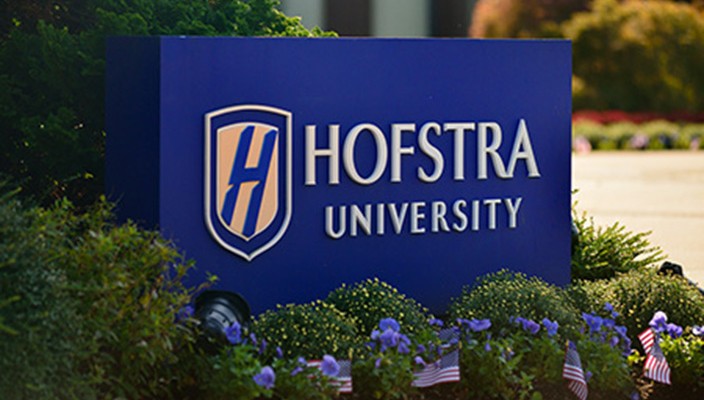 “Hofstra University prides itself on the excellence of its faculty who are both outstanding teachers and as well as accomplished scholars.  Change and renewal are always taking place in the faculty, and every year we recruit new faculty to join our ranks,” said Provost and Senior Vice President for Academic Affairs Herman Berliner. “We have very high standards that these faculty must meet.  To join our faculty we need to see a commitment to excellence in teaching as a first priority as well as a commitment to scholarly productivity.  I am pleased to present the newest additions to our full-time faculty.  We are stronger as a University because of their presence.”

Kevin Bisceglia, PhD, joins Hofstra as an assistant professor of chemistry. He is teaching and conducts student-driven research in environmental chemistry. Prior to his position at Hofstra, Dr. Bisceglia founded the Department of Chemistry at Bard High School Early College in Queens, NY, and worked in the Chemical Sciences Division of the National Institute of Standards and Technology (NIST). His teaching interests include general chemistry, environmental chemistry, analytical chemistry/environmental analysis, and active learning in STEM education (e.g., POGIL, case studies and PBL, flipped classrooms). His recent courses at Hofstra include General Chemistry and General Inorganic Chemistry Lab.

Isabelle Freda joins Hofstra as a special assistant professor in the Department of Radio, Television and Film. She received a PhD from New York University in 2009. Prof. Freda’s research interests include bio-politics and the impact of politics on all aspects of human life, specifically focusing on the role of visual culture and electronic media in crafting and maintaining political power. Recent courses taught include Introduction to Film and TV Study, Film History, and Film Genre: Romantic Comedies.

Dominique Gehy joins Hofstra as an assistant professor of finance. She earned a PhD from Florida State University, where she also received a BS in secondary mathematics education. Dr. Gehy’s research interests include short selling, public equity offerings, and behavioral finance. Her work was recently published in the Journal of Banking and Finance, and she is also a recipient of the 2012 American Finance Association Student Travel Grant. In addition, Dr. Gehy has presented her research at a variety of conferences, including the Academy of Behavioral Finance, the PhD Project Financial Doctoral Students Association Conference, the Financial Management Association, and the Eastern Finance Conference.  Recent courses taught include Managerial Finance.

Mario Gonzalez is an assistant professor of journalism. He received his undergraduate degree from SUNY Cortland in 2002, and his graduate degree from Dowling College in 2009. With an extensive professional background in television news and mixed media platforms, Prof. Gonzalez also serves as an advisor for the student television production Hofstra Today, and has conducted a multimedia workshop for Hofstra’s Long Island Latino Media Conference. His academic work and expertise is enhanced by his on-the-job experiences as a senior video news editor for Long Island’s Newsday, as well as a sports producer and traffic reporter for media outlets such as News 12 Long Island and Cablevision. Recent courses taught by Prof. Gonzalez at Hofstra include Journalism Tools, Survey of News Issues, Online Journalism, Introduction to Digital Journalism, and Advanced Digital Journalism.

Rodney F. Hill is ‎assistant professor of film. He holds a PhD from the University of Kansas in theater and film, and an MA from the University of Wisconsin-Madison in communication arts. Dr. Hill is co-author of The Francis Ford Coppola Encyclopedia and The Encyclopedia of Stanley Kubrick. He has also contributed to several other books and numerous academic journals. Prior to his position at Hofstra, Dr. Hill taught film and English at several institutions, including the Georgia Institute of Technology and the University of Paris XII–Val de Marne. His teaching interests include film authorship, film genres, documentary history and theory, film distribution and marketing, and film history. Recent courses taught include Sound and Image Aesthetics, Introduction to Film and TV Study, and Theory and History of Documentary.

Karen Jackson joins Hofstra as an assistant professor of teaching, literacy and leadership. She received a BA and an MSEd from the University of Kansas, and a PhD in 2007 from Indiana University, Bloomington.  Her academic background includes teaching positions at the University of Utah and Brigham Young University. Dr. Jackson currently teaches a variety of courses, including Applied Research in Education.

Danyang Li joins Hofstra as an instructor of economics. She received a doctoral degree in economics from Georgia State University in 2013. Her specializations include experimental economics, health economics, behavioral economics, as well as research interests in applied microeconomics. Dr. Li’s current investigations focus on studying the mechanisms that improve incentives for organ donation.  Courses taught at Hofstra include Principles of Economics and Introduction to Econometrics.

Kathleen Lynch joins Hofstra as assistant professor of biology. She received a PhD from University of Texas, Austin, in 2005, an MS from Idaho State University in 1999, and a BA from University of Montana in 1993. Her professional experience includes visiting professor in the Department of Biology at Angelo State University in Texas, and research scientist and research fellow in integrative biology at the University of Texas. Dr. Lynch is the author of numerous articles and scientific presentations that highlight her research interests in animal behavior, evolution, physiology and communication. Recent courses taught include Animal Form and Function.

Paul Martorana is an assistant professor in the Department of Management, Entrepreneurship and General Business.  Dr. Martorana earned a PhD in management and organizations from the Kellogg School of Management at Northwestern University, and received a BA from the University of California at Berkeley.  His research examines the effects of social and personal power on action-taking, creativity, CEO and top management team performance, mentoring, altruism, and emotions. His work is published in numerous peer-reviewed journals, including research highlighted in Fortune and the Wall Street Journal. Prior to his academic career, Dr. Martorana managed projects at consulting firms, and has been invited to consult to small firms, including Fortune 500 companies. Recent courses taught include Introduction to Management and Human-Relations Organizations.

Kelly Porta joins Hofstra as an instructor for the Physician Assistant Program. In 2000 she received a BS from Fordham University, and is expected to complete an MS in physician assistant studies in 2013 at Pace University.  Currently Prof. Porta practices as a physician assistant in the newborn nursery at Montefiore Medical Center, as well as in the pediatric intensive care unit at Jacobi Medical Center, both in the Bronx, New York.  Her teaching experience includes academic/pre-clinical coordinator and adjunct faculty member at Hofstra, and adjunct instructor at Pace University-Lenox Hill Hospital Physician Assistant Program.

Nathan Rigel joins Hofstra as an assistant professor of biology. In 2008 Dr. Rigel received a PhD from University of North Carolina, Chapel Hill, and a BS from Pennsylvania State University in 2002.   Dr. Nigel served as a postdoctoral research associate at Princeton University, where his focus was on the biogenesis of the outer membrane that is found in bacteria like E. coli. His research interests focus on the various pathways that bacteria use to sort proteins, particularly the molecular mechanisms by which some proteins are delivered to and assembled within the bacterial outer membrane while other are secreted. Dr. Rigel’s recent courses taught include Microbiology: Immunity and Infection.

Jessica Santangelo is a special assistant professor of biology. She received a PhD in zoology from Cornell University in 2006, and a BS in zoology from Auburn University in 2000.  Prior to joining Hofstra, Dr. Santangelo was a full-time lecturer in the Department of Biological Sciences at Eastern Kentucky University, where she was also nominated as Outstanding Professor in 2012.  Her national and international research activities include studies in environmental microbiology, infectious disease ecology, and ocean and marine diseases.  Courses taught include Human Biology; Animal Form and Function; and Evolution, Psychology and Behavior.

Nicholas Santangelo joins Hofstra as assistant professor of biology. He received a PhD from Lehigh University in 2003, a BS from Loyola University in 1996, and also completed a postdoctoral fellowship in the Department of Neurobiology and Behavior at Cornell University in 2006. Prior to his position at Hofstra, Dr. Santangelo was an assistant professor in the Department of Biological Sciences at Eastern Kentucky University where he received numerous awards for teaching and mentorship. His research includes field studies in fish behavior, including examination of reproduction, parental care, aggression, and social dynamics in certain species. Recent courses taught include Animal Form and Function.

Daniel Tober is a special instructor of history. In 2008 he received his graduate degree from Harvard University. He received his undergraduate degree from Brown University in 2000.  Prof. Tober is currently working toward a PhD (classics/program in the ancient world) at Princeton University, which he expects to complete in 2013. His research interests include Greek and Roman historiography, Hellenistic history, social memory and construction of community, and fourth century Greek prose. Prof. Tober teaches Ancient Egyptians, Hebrews and Greeks, as well as Elementary Latin 1.

Allan Uribe joins Hofstra as a special instructor of health professions. He earned an MPH in 2011 from Hunter College and a BS in 2000 from Brooklyn College. His professional background includes work as a research associate in cancer and diabetes clinical trials at City College of New York, and as a trend data analyst of reproductive services for International Planned Parenthood Federation/Western Hemisphere Region. Recent courses taught include Epidemiology and Evaluating Community Health Progress.

Christine Zammit is an assistant professor for Hofstra’s Physician Assistant Program. She received her undergraduate degree from St. John’s University, and her graduate degree from A.T. Still University in Arizona. Until August 2013 Prof. Zammit served as an adjunct professor at Hofstra as well as an adjunct faculty member at Pace University.  Her academic work is supported by her clinical experience in pediatrics, a specialty in which she currently practices as a physician assistant in the Pediatric Intensive Care Unit at Jacobi Medical Center. Recent courses taught include Physical Diagnosis II, Family Medicine Clerkship, and Pediatrics Clerkship. 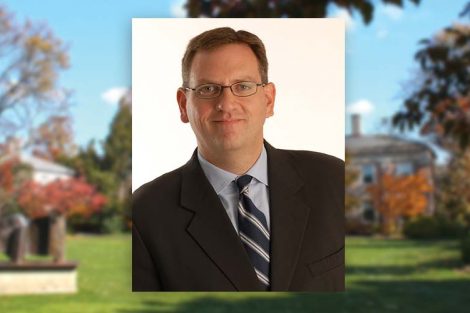